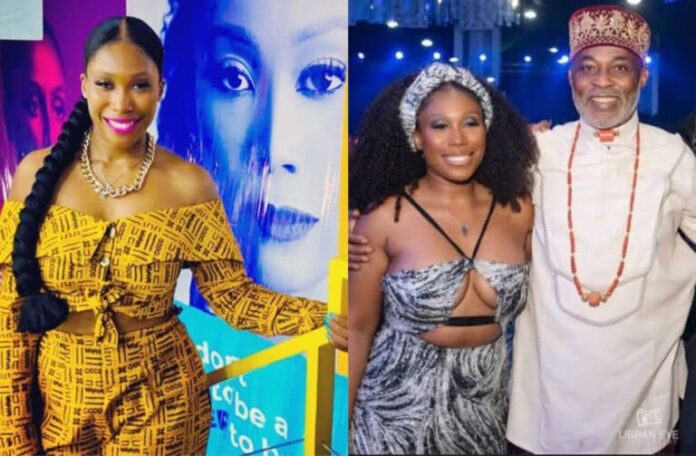 Nollywood actor, Richard Mofe Damijo’s daughter, Onome Nichole better known as Nichole The
Stallion, whom he shares with ex-wife, May Ellen-Ezekiel, has sent a word to her prospective suitors.

The daughter of the veteran called on men who want to get married to approach her as she has the grace to help them get married within months after serving them breakfast (breaking up with them).

Nicholas claimed that the last two guys she dated got engaged or married within 3 to 6 months of breaking up.

She advises anyone who wants to get married in 2022 to date her.

“The last two guys I dated got engaged or married within 3-6 months of us breaking up. So, if you want to get married in 2022, we are nearing the cut off for me to ruin your life and for the heartbreak to carry you to your wife. Happy June 1st!”.

Recall Onome Nichole told all her friends and associates who have a crush on her father to calm down.

Nicole stated this as she celebrated her father and her step mother, Jumobi, on their 21st wedding anniversary.