PASAN threatens to shutdown NASS Monday over Minimum wage, others 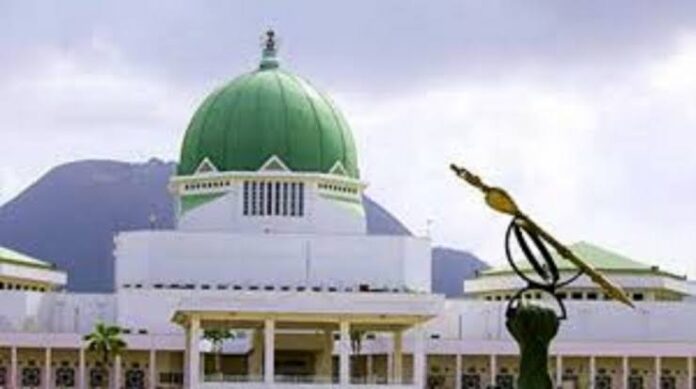 Parliamentary Staff Association of Nigeria, PASAN, National Assembly branch has threatened to shutdown all activities at the National Assembly from Monday June 6 2022 over alleged non-payment of outstanding balance of National Minimum Wage, leave grant among others.

PASAN at a meeting in Abuja, specifically frowned at the alleged refusal of National Assembly’s management to implement the Conditions of Service via a Memorandum of Understanding duly signed by both parties.

According to the PASAN Executive members while giving update on the meeting held with the management, the National Assembly management “insists that it shall not implement any allowances (including the Leave Grant already paid in the last two years) except they obtain approval or ratification from the National Salaries and Wages Commission.”

“This position is absolutely in conflict with the functions of the National Assembly Service Commission, particularly Section 19 (1) of the Act establishing the Commission.

“The provisions of this Section expressly provides that the Commission shall among other things, make staff regulations relating generally to the conditions of service, including the power to fix salaries and allowances, of the staff of the National Assembly.

“Section 6(b) of the same Act also provides that ‘the Commission shall have power to pay its staff such remuneration as are approved by the National Assembly.”

“As such, the main function of the National Salaries and Wages Commission is to advise the Federal Government on national incomes policy. Consequently, paragraph (b) of Section 3 of the Act mandates the National Salaries and Wages Commission to keep the Federal Government informed on a continuing basis of movement of all forms of income and propose guidelines relating to profits, dividends and all incomes other than wages while paragraph (l) also mandates it to examine, streamline and recommend salary scales applicable to each post in the public service.

“Incidentally, for the purpose of ratifying a salary or wage approved by a statutory approving authority like both Houses of the National Assembly, the role of the Commission is to ratify such approval by making it official and keeping the records in its data bank, established under paragraph (i) of the same Section 3 of the National Salaries and Wages Commission Act.

“A situation where allowances approved by the National Assembly are termed ‘illegal’ is no doubt unfortunate. Indeed the decision to further stop the already implemented and existing Leave Grant is none more than injustice to beneficiaries who are staff of the National Assembly Service”, PASAN stated.

Share
Facebook
Twitter
Pinterest
WhatsApp
Previous article
Miyyeti Allah: Say’s Journalists have not been fair to Fulani in their reporting
Next article
Agro based company promises to contribute to food security in Nigeria via high yield rice.