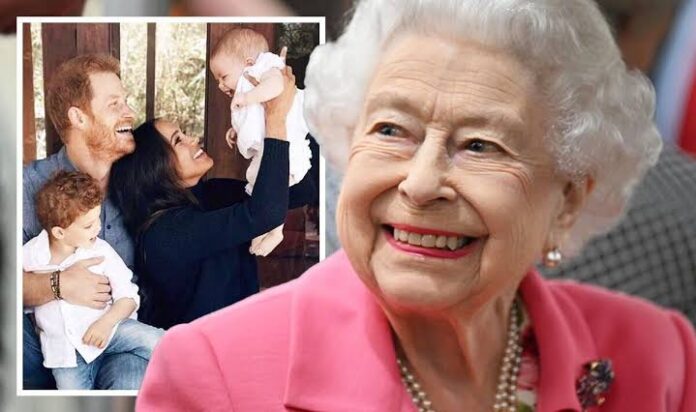 Queen Elizabeth has finally met her great-granddaughter Lilibet for the first time after Prince Harry and Meghan Markle had lunch with the monarch and senior royals behind closed doors as part of the Platinum Jubilee celebrations.

The Duke and Duchess of Sussex introduced Lilibet to the Queen yesterday, June 2, at Windsor after attending a private Royal Family lunch at Buckingham Palace following Trooping the Colour.

Speaking about the older Lilibet meeting her much younger namesake, royal commentator Omid Scobie, author of Finding Freedom said: “Those moments with Lilibet are very much private between them and the Queen and of course we know how much she’s been looking forward to it.

“They’ve been held back by a pandemic. And so this really was the first time.”

However, some social media comments have backlashed Prince Harry and Meghan Markle noting that it is not enough reason to keep the little one away from her lineage.