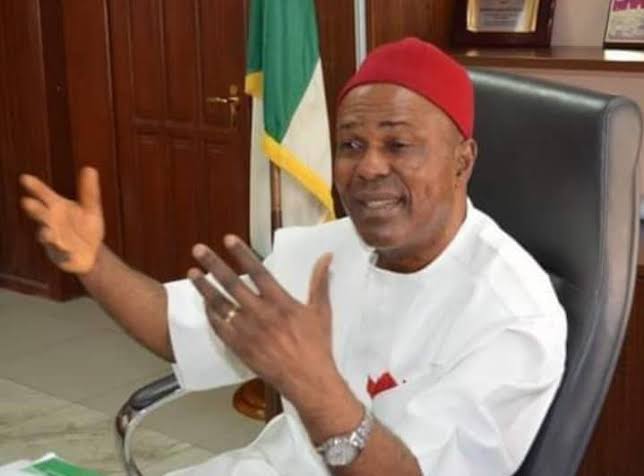 It is indeed historic as the All Progressives Congress (APC) governors chose Saturday to zone the ruling party’s Presidential candidacy to the South, which was executively endorsed by President Muhammadu Buhari outright, that “power should shift to South for equity, justice and fairness.”

By this action, it is apparent that the President is set to make history, since the South-South and the South-West geo-political zones have both taken a shot at the presidency of this country.

In view of the foregoing, there will be no moral rectitude for aspirants from these two zones to continue in the race when the President is fighting to enthrone justice, equity and fairness to be given to the South-East.

Arising from an Extra-Ordinary General Meeting Sunday, the Association of Eze Ndigbo N’Uzoije (Diaspora) under the headship of Eze (Dr) Boniface Ibekwe (Eze-Igbo, Kano State) in their communiqué sighted instances when the South-West and South-South have ruled the country and called for the turn of the South-East for equity, justice and fairness to all concerned zones of the country.

They posited that, for the fact that the present front-runner of the APC presidential aspirant in person of Dr Ogbonnaya Onu should be given the mandate to head Nigeria as this critical moment of our national life and passed a vote of confidence on his managerial competence, capacity and knowledge of the economy more than most candidates and that he has shown maturity in the handling of affairs, including being a dedicated party man who was instrumental to the merger of the ruling party – the APC.

They therefore, urged all other aspirants from the South-West and South-South zones to step down for the South-East zone alone to contest. They also averred that this will suffice the popular maxim: “He that must go to equity must do so with clean hands.”

The Association of Ndi Ezes in the Diaspora emphasized that the President should rein on the South-South and South West aspirants to step aside, just the way he has done to the northern aspirants. Otherwise, they observed, it would amount to injustice to the people of the North to have been asked to step aside.

Justice, equity and fairness a point of reciprocity by the southwest and south zones

2023 Presidency: Group Gives Reasons Governor Yahaya Bello Should Be The Presidential Candidate Of The APC