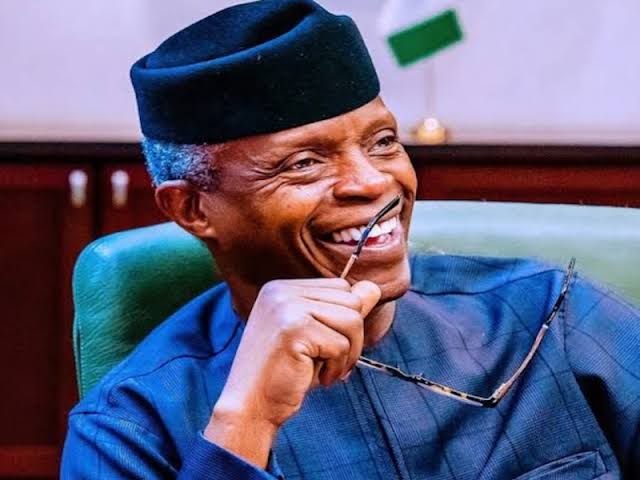 As the All Progressives Congress, APC prepare to elect its presidential candidate for the 2023 general elections, a chieftain of the party, Dr. Garus Gololo, has appealed to national delegates across the country to cast their votes for the Vice President Yemi Osinbajo to emerge as the the party’s flag-bearer.

Gololo, who is the convener of Northern Conscience for 2023, NCf’2023, described Osinbajo as the “party’s only credible choice capable of winning the polls across the country.”

He also told journalists at the weekend in Abuja that the Vice President remains “the credible candidate that the party has at the moment, who is vocal and knowledgeable and has no case to answer whether at the EFCC or anywhere.”

According to him, the party must be deliberate in assessing her electoral options, noting that other aspirants vying for the party’s ticket have “much baggage hanging on them, making them political liabilities that the APC cannot afford at this time.”

Gololo alleged that former Lagos State governor and leading aspirant for the ticket, Bola Tinubu, “has discrepancies with his age.

On the issue of zoning the ticket to the South East, Gololo regretted the absence of “a sellable candidate in the party who can win the zone for it.”

He added that neither Dr. Ogbonna Onu nor former Abia State governor, Senator Orji Uzor Kalu has the requirements to win the region for the party.

Gololo further dismissed those campaigning for the President of the Senate, Dr. Ahmad Lawan to be made the party’s consensus candidate for the president elections.

“Lawan doesn’t stand any chance. Some people interviewed me that since the PDP gave Atiku its ticket, the APC should also give Lawan her ticket because he is from the North. And I laughed. Not every Northerner can deliver.

“Look at the PDP for instance. How many aspirants scored zero in the party’s just concluded primaries, four persons including Fayose that said Buhari is a photograph. At the end of the day he couldn’t even meet up. The APC has similar persons. And the real candidate is there also.

“So, if there’s anything less than zero, that would be Lawan’s portion,” he insisted.