HomeEditorialRESTORING PEACE IN THE NORTH-EAST VIA TRANSITIONAL JUSTICE
Editorial

RESTORING PEACE IN THE NORTH-EAST VIA TRANSITIONAL JUSTICE 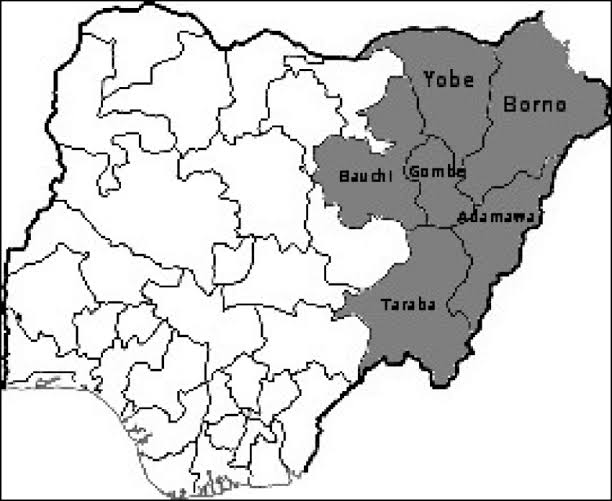 The recent introduction of the concept of Transitional Justice in promoting peace in the North-East by the National Human Right Commission (NHRC) under the title called “Promoting Reconciliation, Reintroduction and Transitional Justice in Borno, Adamawa and Yobe States” is quite unique and indeed curious for those who know the complications in the North-East conflicts.

For more than a decade now, Nigeria has been deeply enmeshed in a protracted bloody campaign by insurgents in the North-East. Also, there have been equally long-drawn, billion-guzzling counter insurgency mesures by the Nigerian government and troops in order to restore peace to the region.

Till date, the North-East remains a tense developing story; bitten, battered and still largely in disarray in terms of its socio-economic life as a result of relentless destruction by the conflicts. It is sad to admit, but the North-East still remains a killing and destructive field. There is no doubt that the wounds, hurts, pain, losses and trauma are inconceivably deep.

However, that is not the end of the story because, there are layers of realities and facts that should be unveiled for members of the public to know – and of course, appreciate – the dimensions of the conflicts.

Beside the fact that the conflict is still going on, there are other places and development where insurgents are willingly laying down their arms and surrendering to the Nigerian military and such ones are undergoing deradicalisation, rehabilitation and reintegration training programme being anchored and supervised by the Defence Headquarters under Operation Safe Corridor.

Significantly, the OPSC has done and is still doing a lot because many ex- insurgents have graduated from the training and have been successfully deradicalised, rehabilitated and reintegrated into various communities in the NE and they were accepted. But there are other contending issues.

For instance, some communities do not find this arrangement comfortable because they have legitimate questions: How can government settle repentant terrorists who committed attrocities and not rehabilitate or settle the victims of insurgency? Is reintegration of these ex-terrorists going to be accepted by the victim-communities without causing more harm than the intended benefits of the DRR?

These and more are some of the discoveries in the recent programme tagged “Training for Media Practitioners on Transitional Justice and Reconciliation in the North-East” Organises by the National Human Right Commission (NHRC) in YOLA, Adamawa State on May 23-24, 2022.

There is an urgent need for government to address these genuine concerns of victims of insurgency otherwise they may not accept repentant and deradicaliaed terrorists whole-heartedly.

In many places and depending on the circumstances, the answer is yes and and also no. This is where Transitional Justice, which is supported by the European Union (EU) and United Nations Development Project (UNDP), becomes very important. The pilot project has kick started in several communities in the North-East and the responses are very encouraging.

The concept emphasises on the need to serve justice to the victims, reconcile both victims and the ex-terrorists through a judicial process that allows the two parties agree that indeed, offences and wrongs have been committed and wounds have been inflicted but there is a need for mutual forgiveness and understanding. This is the basis upon which a genuine reintegration can take place.

We commend the NHRC for this bold step and we are calling on the governments of the affected states, security agencies and other relevant bodies such as religious and traditional institutions that have already indicated interest to support this project to sustain their commitments.

The right commission should equally ensure that this programme is pursued to it’s logical objective end. We have no doubt that transitional justice can make a huge difference in the attempts to restore peace in the North-East if fully embraced by all stakeholders.