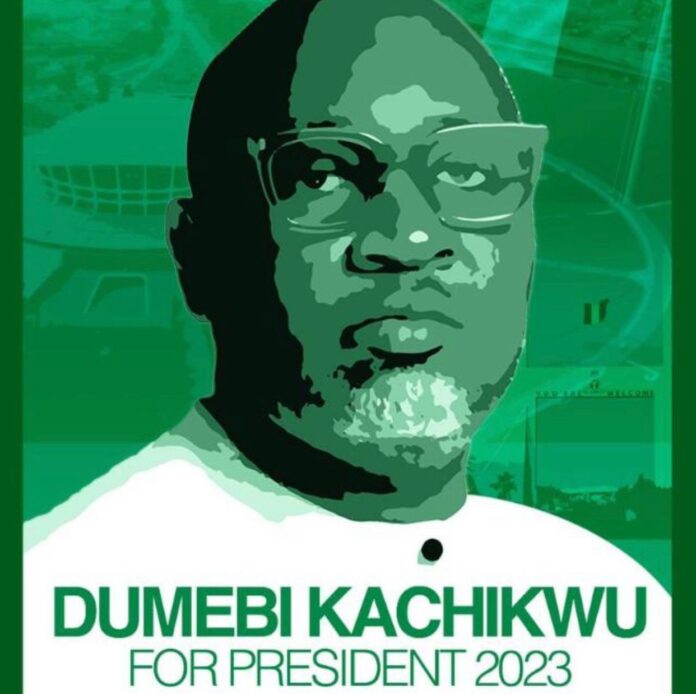 African Democratic Congress Presidential Aspirant, Dumebi Kachikwu has been tipped to beat the odds and win the ADC Presidential primary election, scheduled for Wednesday, 8th June 2022 in Abeokuta, Ogun State. sources in the party are believed, that the media & real estate mogul, who threw his hat into the ring, is ahead of other aspirants

Dumebi Kachikwu, an aspirant for the presidential ticket of the African Democratic Congress (ADC) on Tuesday night in Abeokuta has also assured that his party would carry out a credible primary election.

Kachikwu told supporters that with the high quality of aspirants in the party, there would be no room for rigging or imposition.

Kachikwu said that he had the capacity and experience to take Nigeria from its current state of strife, unemployment, and insecurity to greatness.

He expressed optimism that he would emerge as the presidential candidate in the June 8 primary election and win the general election come 2023.

According to him, we will not lose; ADC will win and form the government at the center after the elections.

ADC is an alternative to APC and PDP.

Also in a reaction, the Dumebi Volunteer Network, on Wednesday said there was no doubt that Dumebi Kachikwu, would win the presidential primary election of the party scheduled to hold in Abeokuta.

The coordinator of the Dumebi Volunteer Network, Mr. Mohammed Basah, made this known in a statement.

Basah said he was confident that Kachikwu would win the presidential primary election because of his experience and competence.

Kachikwu has displayed rare qualities and competent leadership that is needed at this point in our national life to rekindle hope for a better Nigeria for all Nigerians.

Basah went ahead to urge all the other aspirants not to fight but to organize for the common interest of the party and Nigerians. He said the opposition was planning an agenda for next year’s general elections, adding that Nigerians have no option but to accept change if they are interested in moving their country forward.