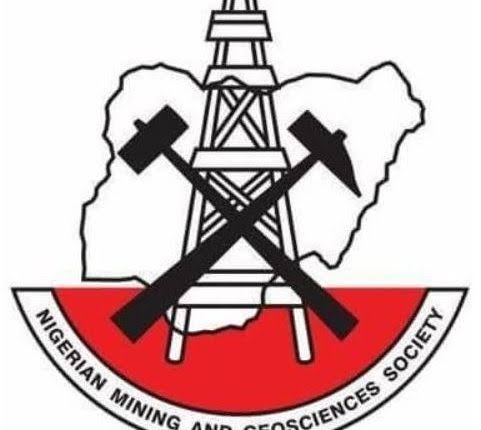 Nigerian Mining and Geosciences Society, NMGS, has said that its team of professionals have carried out an investigation into the gas emission and flare encountered during the drilling of a water borehole at Caritas University Amorji Nike, Emene Enugu, Enugu State.

The 31st President of the NMGS, Alabo Charlesye David Charles stated that the team had interacted with the drillers, the members of the community and other stakeholders and also had immediate impression on the geology and geomorphology of the area.

Charles said that the team had submitted its report and the NMGS hereby presents a summary of the findings of which was suspected that the well penetrated a fracture/fault zone which served as a conduit or migration pathway for hydrocarbon (gas) generated in the deeper buried mature shales of the Nkporo/Enugu, Awgu and Eze-Aku geological formations.

He pointed out that the initial speculation that the flare was methane gas from fracking of the mature and fractured Nkporo/Enugu Formation is discountenanced due to the sustained flare that has maintained its intensity for over 7 days.

He explained that it was possible that the borehole penetrated the angular unconformity zone separating the Awgu/Agbani Sandstone of the Benue Trough and the Nkporo/Enugu Formation in the Anambra basin since the borehole was sited near the margin of the Anambra Basin.

He further explained that Stratigraphic traps may have existed in the basal Nkporo/Enugu Formation as interfingering sands or as stratigraphic/structural combination and sub-unconformity traps at this depth.

Making his recommendations, the NMGS President said that there was an urgent need to extinguish the flare and save the ecosystem and environment from its negative impact disclosing that this could be done by injecting a high-density cement slurry or drilling mud which would be forcefully reinjected into the borehole at high pressure to snuff off oxygen supply and kill the fire.

“Drilling a relief well to kill the pressure and kill the flare may not be feasible because the subsurface geology and structure of the area are not understood.

“Relevant authorities should liaise with experts in the management of blowout and flares in the oil and gas sector in Nigeria on the best method to be deployed in extinguishing the flare.

“Professional bodies like the NMGS with highly experienced and well-trained geoscientists should be involved in efforts by agencies of government and other organizations to find solutions to this hazard and further investigate the gas resources of the area.

“Detailed geological and geophysical studies should be carried out in the area and environs to help unravel the subsurface structure, stratigraphy and hydrocarbon prospects of the area and by extension of the southern Benue Trough and Anambra Basin.

“If the gas resource in the area is found to be substantial, the federal government and Enugu State Government should develop a framework to harness the gas resources to enhance industrialization and job creation for the benefit of the state and the nation,” he continued.

He added that as the foremost professional body in Nigeria with a pool of highly experienced and well-trained professionals, the NMGS has played critical roles in the development of the natural resources of the nation.

NMGS is the umbrella professional and scientific body of all Geoscientists and Mining Engineers in the Solid Minerals, Oil and Gas, Water and Metallurgical sectors with a membership strength of over 10,000 cutting across both the private and public sectors.

The NMGS has statutory representation in several government agencies and organization including the Nigerian Geological Survey Agency, NGSA, the Nigerian Extractive Industry Transparency Initiative, NEITI, the Council of the Nigerian Mining Engineers and Geoscientists, COMEG, the Petroleum Training Institute amongst others.