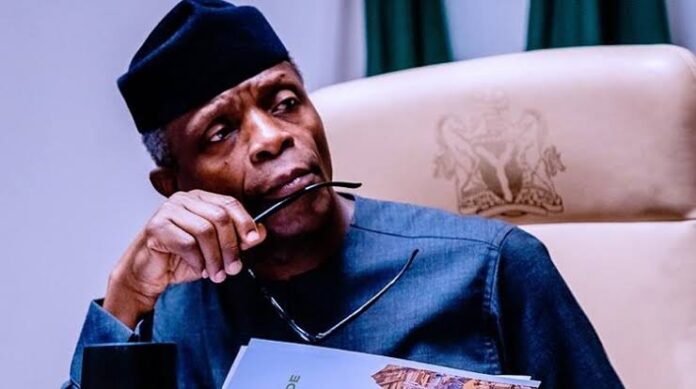 The Vice President, Professor Yemi Osinbajo, has expressed sadness over the death of one of the All Progressive Congress delegates from Jigawa State, Alh. Isa Baba Buji, who died in Abuja, on Tuesday.

According to a statement by the Special Assistant on Media and Publicity to the Vice President, Laoulu Akande, Osinbajo is saddened by the news of Buji’s death and extends heartfelt condolence to his family, associates, government, and people of Jigawa State.

Until his sudden death, Buji was the APC vice chairman in charge of Jigawa South west.

It was gathered that he slumped in the morning at the State Liaison Office at FCT, while getting ready to go to the venue of the convention.

The public relations officer added that “he slumped at Jigawa state liaison office in Abuja and he was rushed to hospital and died before arriving the hospital. When we arrived the hospital, he was confirmed dead.”

The deceased was reportedly conveyed to the hospital by the member of the House of Representatives representing Birnin Kudu/Buji Federal Constituency, Engr. Magaji Da’u Aliyu.