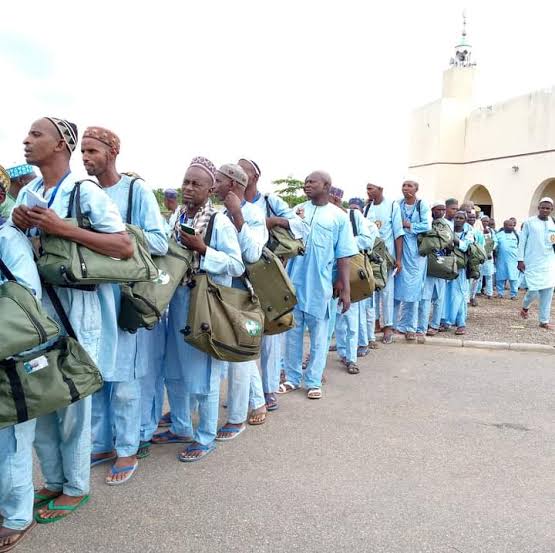 Federal Capital Territory FCT, Muslim Pilgrims Welfare Board said it has concluded plans to commence the airlifting of the first batch of intending pilgrims to Saudi Arabia on Friday.

To this end, the Board has directed intending pilgrims from the Territory to report at the permanent Hajj Transit Camp, located at Bassan Jiwa, near the Nnamdi Azikwe International Airport, Abuja immediately.

A statement from the Director of the Board, Mallam Muhammad Nasiru Danmallam, said the camping was to prepare the intending pilgrims for their airlift to Saudi Arabia.

Mallam Danmallam informed that the first flight of FCT intending pilgrims is scheduled to be airlifted on Friday and requested those in the first flight to report on Thursday from 10am for the collection of their travel documents and other preparations for the airlift.

The Director explained that intending pilgrims would be subjected to a mandatory PCR test in line with the guidelines for this year’s Hajj by Saudi Arabian authorities and therefore, advised them to report for the exercise and abide by the laid down regulations.

He asked the intending pilgrims to check for their flight schedules at the head office of the Board in the Central Area, or at the permanent Hajj camp to know their schedules.

He said the Board had taken measures to ensure compliance of all guidelines for the exercise and it has started receiving visas for FCT 2022 intending pilgrims, while arrangements for the Basic Travel Allowance BTA, have been concluded.

It was learnt that about 2000 intending pilgrims from the FCT are expected to be airlifted from Nnamdi Azikwe International Airport for the exercise this year.