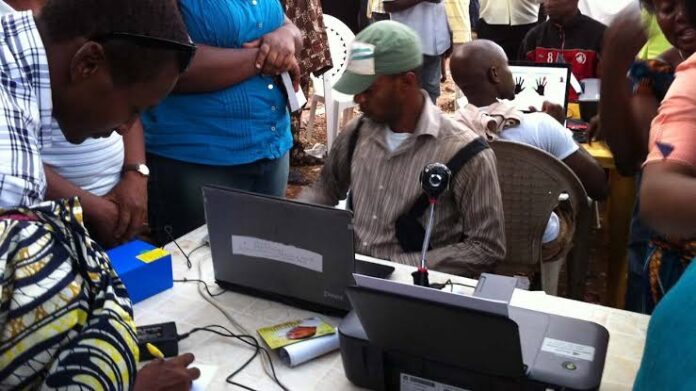 Right activist and public affairs analyst, Barr Chukwudi Ezeobika has accused authorities of the Independent National Electoral Commission, INEC, of attempting to escalate the security situation in the Southeast as a ground to exclude the people from the ongoing Continuous Voter Registration, CVR, exercise.

In a statement released Wednesday and made available to Nigerian Pilot, Barr. Ezeobika alleged that failure of INEC to further extend and or deploy adequate facilities and personnel for registration of eligible voters In the South-East is a calculated attempt by the government to willfully and consciously disenfranchise teaming youths from the region.

The vocal public affairs analyst noted that with the ongoing revolutionary quest by the Nigerian youths to completely rid themselves of the current crop of recycled, incompetent and corrupt political elites together with their failed promises, the effect of political participation by youths in Nigeria cannot be overemphasised.

He maintained that the overwhelming and unprecedented number of youths especially those from the South-East region as well as others across the States of the federation queuing in line on a daily basis to register for their Permanent Voter’s Cards (PVC) shows, to a great extent, the failure, ineptitude and or lack of sincerity of purpose on the part of the Commission in its efforts at ensuring that Nigerians are given the opportunity to effectively participate in the scheduled 2023 general elections.

The erudite lawyer added that the inability of Prof. Yakubu Mahmood-led INEC to recognise this ugly trend and quickly deploy adequate personnel and facilities needed to comprehensively carry out and effectively conclude the ongoing voter registration exercise in the South-East calls to question the capacity and or competence of the leadership of INEC as currently constituted, in conducting a free, fair and credible elections in Nigeria come 2023.

“It is pertinent to state that the current deplorable security situation across the States of the federation occasioned by acute ineptitude and gross incompetence of the Buhari-led APC Government will further escalate if immediate steps are not taken by the Commission to reverse this seemingly unlawful and discriminatory trend and ensure that all eligible voters in Nigeria especially those from the South-East region is allowed to register and consequently obtain their permanent voter’s cards before the conduct of the scheduled 2023 general elections.

“This right to vote remains an inalienable right to all eligible youths in Nigerian and as such must not be violated by a democratic institution such as INEC,” Barr Ezeobika stressed.