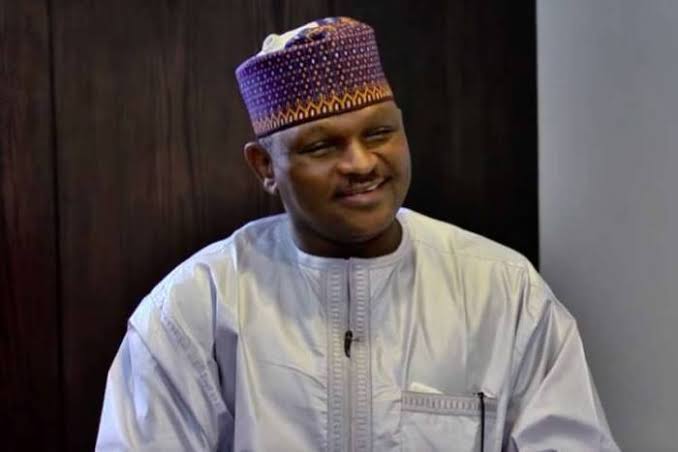 Chief S curity Officer to the late General Sani Abacha when he was military Head of State, Major Hamza Al-Mustapha (retd.), has emerged the presidential candidate of the Action Alliance, for the 2023 general elections.

The aide of the military leader contested the presidential primary with another aspirant Samson Odupitan, following the withdrawal of two others, Messrs Felix Osakwe and Tunde Kelani, who pledged their support for Al-Mustapha.

The retired major polled 506 votes to defeat Odupitan, his opponent who got 215.

Chairman of AA, Kenneth Udeza, had while addressing the delegates, said 842 delegates were accredited to elect the four flagbearers using option A4.

But Odupitan insisted that he was contesting the presidential primary to take care of the interest of the masses of the country.

He pledged to address the social, economic and political crises currently bedeviling the country if elected President.

Similarly, Al-Mustapha told the delegates that his experience as a military officer for 35 years and while working with Abacha would enable him to tackle the nation’s embarrassing security challenges.

Al-Mustapha said, “I’m a humble person and I have what it takes to contain the insecurity ravaging the country.”

“I am a Nigerian who believes in the unity of the country. I remain patriotic despite the humiliation I had suffered in my 35 years of service.

“The unity of Nigeria is not negotiable and the Action Alliance had the structures to unite the country, being the party for the masses, with members across the country”, he said.

Odupitan, after the poll congratulated Al-Mustapha for the victory and pledged to work with him.

The retired major expressed delight with the show of love he received from his party executive, members and the delegates.

He promised not to disappoint the trust they reposed in him if he eventually win the presidential election next year.