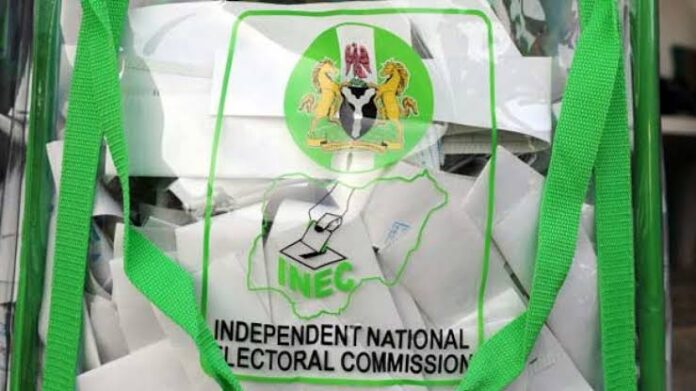 Several political parties on Wednesday rushed to conclude their national conventions to pick their candidates for the 2023 presidential election.

The parties had up to Thursday to conduct their national convention else they will not be on the ballot during the presidential election.

Also on Wednesday Social Democratic Party, SDP, conducted its national convention at the International Conference Centre, Abuja where Adewole Adebayo emerged as the presidential candidate of the party.

He three other aspirants stepped down to enable him emerge the flag bearer of the party.

The New Nigeria Peoples Party, NNPP also conducted its national convention in Abuja where 774 party delegates from the 36 states and the Federal Capital Territory (FCT) Abuja converged at the Velodrome of the Moshood Abiola Stadium, for its Special National Convention (Presidential Primary) to elect the party’s presidential candidate.

Former Governor of Kano State and National Leader of the party, Rabiu Musa Kwankwaso emerged as the flag bearer after three other aspirants stepped down for him.

Mr Abubakar defeated 12 other candidates in a keenly contested presidential primary held at the Moshood Abiola Stadium in Abuja on Saturday.

Of the 767 accredited ballots at the election, he polled 371 votes while his closest challenger, Governor of Rivers State, Nyesom Wike, came second with 237 votes.

He won against Usman Bugaje, Patience Key and Gboluga Mosugu to pick the PRP ticket.

While Kola Abiola got 2,097 votes from across the 36 states including the Federal Capital Territory (FCT), Mr Bugaje came second with 813 votes while Ms Key and Mr Mosugu got 329 and 263 votes to emerge third and fourth, respectively.

The collation was witnessed by officials of the Independent National Electoral Commission (INEC).

Speaking before the collation of the results, PRP National Chairman, Falalu Bello, said the delegates from the 36 states and the FCT voted for the aspirants from their respective states.

This, he said, was with the permission from INEC to save cost.