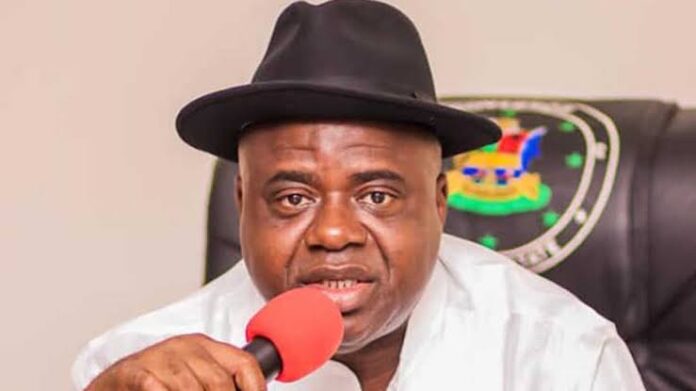 Stallion Group, a business conglomerate which deals in automobiles, agricultural products and other sub-sectors of the economy has indicated interest in partnering the Bayelsa State Government on youth empowerment, sports and agricultural development.

The Regional Head of Stallion Group in Nigeria, Mr. Jayesh Shinde, gave the indication during a courtesy call on the Deputy Governor, Senator Lawrence Ewhrudjakpo, at his office in Government House, Yenagoa on Tuesday.

On youth empowerment, Mr. Jayesh expressed the company’s readiness to provide technical skills training for at least 200 youths from the state on assembling and repair of tricycles popularly known as “Keke”.

He maintained that Stallion Group would also work with the state government in the area of developing critical sporting facilities and sponsorship, pointing out that his company had, on some occasions, sponsored the Super Eagles in the past.

Mr. Jayesh said the company would encourage potential female Keke riders from Bayelsa by offering them special discounts and flexible terms of payment to acquire their own tricycles.

Responding, Senator Lawrence Ewhrudjakpo, expressed excitement over the offers made by the Stallion Group, saying the Senator Douye Diri-led administration would do everything within its reach to ensure a mutually beneficial partnership.

The Deputy Governor recalled that just a few days earlier, he had told the officials and players of Bayelsa Queens FC that the government would shop for sponsorship deals from corporate bodies to sponsor the two state-owned football teams.

He said both Bayelsa United FC and Bayelsa Queens were open to sponsorship in kitting, transport and other logistics, especially now that Bayelsa Queens are going continental.

Senator Ewhrudjakpo stressed that the State Government was ready to provide land and do everything necessary to enable the Stallion Group to site one of its regional assembly plants and workshops in Bayelsa.

He said the government would work out all the necessary modalities with the conglomerate for its special three-day technical skills training for youths on “Keke” repair and maintenance.

The Bayelsa number two man, who pointed out that the state, was endowed with immense agricultural potential called on the Stallion Group to also venture into agricultural business to create jobs and wealth.