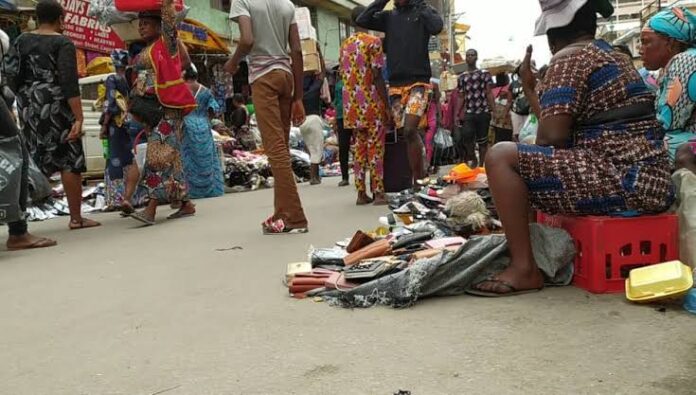 *Says Russia invasion of Ukraine, inflation, others have slowed down economic growth

Amidst rising inflation in Nigeria, the World Bank has predicted that more people in Nigeria and Sub-Saharan neighbours are expected to fall into extreme poverty in the near future.

This was contained in the Bank’s Newsletter titled “Global Economic Prospects” which was quoted to have revealed that Russia’s invasion of Ukraine and its effect on the commodity market, supply chains, inflation and financial conditions have intensified the slowdown in economic growth.

The Bank was also quoted to have further explained that the possibility of high global inflation could eventually result in tightened monetary policy in advanced countries which might lead to financial stress on emerging markets and developing economies.

The World Bank President, David Malpass was also quoted to have said that the world was facing the deepest global recession since World War II.

“The global economy is facing high inflation and slow growth at the same time, even if a global recession is averted, the pain of stagflation could persist for several years unless major supply increases are set in motion”, Malpass was quoted to have said.

According to the report, the growth in Sub-Saharan Africa is expected to slow to 3.7% this year reflecting forecast downgrades of over 60% of regional economies and that price pressures partly induced by Russia’s invasion of Ukraine are sharply reducing food affordability and real incomes across the regions.

“More people in SSA are expected to fall into extreme poverty, especially in countries reliant on imports of food, and fuel. Fiscal space is narrowing further as the government ramps up spending on subsidies, support to farmers, and in some countries, security. However, the impact of the war will vary across countries, as elevated commodity prices will help soften the damaging effects of high inflation in some large commodity exporters.

“Among the risks to the forecast prolonged disruptions to food supply across the region could significantly increase poverty, hunger, and malnutrition, while persistent inflation could ignite stagflation risks and further limit policy space to support recoveries. An elevated cost of living could increase the risk of social unrest, especially in low-income countries”, the report read in part.

Meanwhile, an expert and an Associate Professor of Economics at Pan Atlantic University, Dr. Olalekan Aworinde who was quoted to have spoken on how global economic situation could worsen the poverty level in Nigeria said the Russia-Ukrain war would reduce the disposal income of Nigerians which would, in turn, affect the standard of living.

“Ukraine is one of the largest producers of wheat in the world and the Russian war invasion will affect the demand and supply of wheat and once the major producers of this agricultural material cannot export the goods that imply that demand is greater than supply and that will result in a hike in price. Once prices increase, knowing full well the disposable income of the consumer is constant it means the purchasing power will fall. And if the purchasing power falls, it will affect the standard of living and once it affects the standard of living it means these individuals will go into absolute poverty”, he stated.