HomeHeadlines2023: Atiku may settle for Wike as running mate
Headlines

2023: Atiku may settle for Wike as running mate 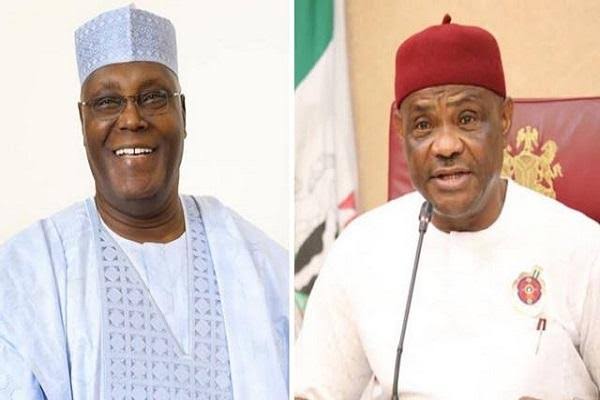 There are strong indications that Rivers State Governor Barr Nyesom Wike may be paired as presidential running mate of the Presidential candidate of the People’s Democratic Party (PDP) Alhaji Atiku Abubakar in the 2023 election.

Sources at the National Headquarters of the People’s Democratic Party (PDP) confirmed that the committee set up by the PDP to pick Atiku Abubakar’s running mate picked Rivers state governor, Nyesom Wike, over Governor Ifeanyi Okowa of Delta State.

Governor Wike won by a whopping 16-3 votes and Governor Ifeanyi Okowa got only got 3 votes from the committee’s votes.

It was gathered that the committee voted against the choice of Governor Okowa following the pressure by his former Political father James Ibori, it was gathered that Ibori mounted a serious opposition and resistance to Atiku picking Okowa because his former political son Okowa hijacked the PDP delta state structure from him.