Governors must not choose running mate for Tinubu – Uzodinma 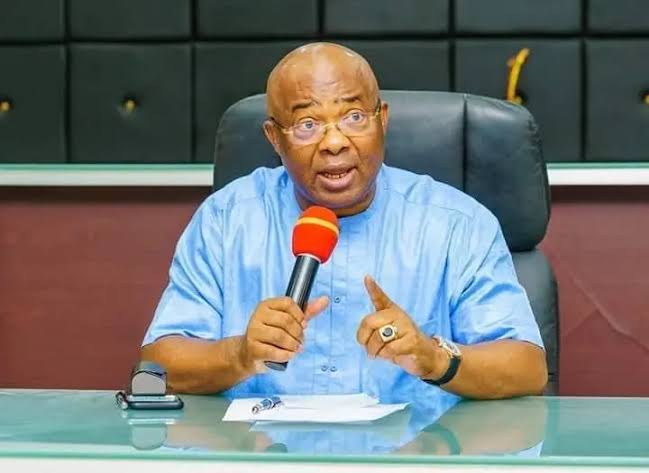 Imo State governor, Senator Hope Uzodinma has said the decision to choose a running mate lies with the presidential candidate of the ruling All Progressive Congress (APC), Bola Ahmed Tinubu for the 2023 general election and not with the state governors.

The governor said this to State House Correspondents on Tuesday after meeting with President Muhammadu Buhari over his planned state visit to commission some projects executed by his administration.

Uzodinma said that the ruling party having held a successful convention that led to the emergence of Tinubu as the party’s flag bearer, contrary to the expectations of some people in some quarters, the choice of a running mate will take into considerations all the indices that will promote fairness and unity of the country.

On the insinuations that the APC was planning to feature a Muslim Muslim ticket, the Imo governor said, there is nowhere in the constitution of the Federal Republic of Nigeria where religion is a factor or characteristics as to who becomes the President or who becomes the running mate.

He said: “But we are looking for a united Nigeria, where governance will be the issue, where a president would be ajudged by his capacity to deliver democratic dividends, and develop Nigeria to look like other parts of the Western world where democracy is working.”

“I don’t want us to reduce governance in Nigeria to certain things that will encourage divisiveness, rather, we should be a united Nigeria, be our brother’s keepers, have a president of Nigeria that will be a president representing every tribe, every religion, every denomination. And when we get there, we will cross the bridge.

“The decision also to choose a running mate does not reside with any of us the governors. It is the presidential candidate that will look at the local characteristics and every factor, political and apolitical that will make him win his election and take the decision. So it’s not a decision that we will sit here and take for the candidate”, he added.

On if he would like to see a governor as a running mate to Tinubu, Uzodinma said, “Why not? Ahmed Tinubu, have you forgotten he was a governor for eight years? If he chooses a governor so be it, we will support it. For now, we are no longer talking about who becomes a running mate and who is not a running mate. I have told you whose decision it is. The next thing as party leaders now and opinion leaders is for us to rise up, mobilize the quality and get members of our party to commit to a successful election by 2023, so that our president that is leaving will also be handing over to our own president of APC, that is our preoccupation now on how to win the election”, he further stated.