I have an issue that is eating me up – Ada Ameh 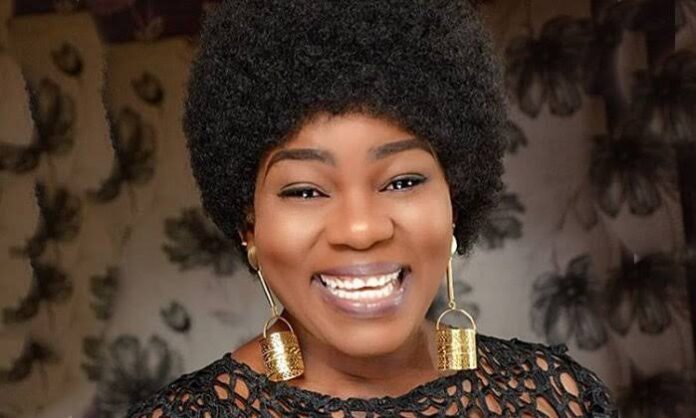 Nollywood actress, Ada Ameh has cried out over an issue which is eating her up.

According to the Johnsons actress, she was given a job which she failed to deliver because she was battling mental health.

Unfortunately for her, the company didn’t understand what she was going through and at such had filed a lawsuit against her.

Ada Ameh claimed the company was suing her for a staggering amount, which she seems unable to afford.

Ada Ameh admitted that the lawsuit is taking her life, but, she wouldn’t allow it weigh her down or kill her.

Ada Ameh vowed to get over it.

“I have an issue right now that can take my life but I no go die. We would get over it. I was given a job but I didn’t do it because I have mental health issues. Will people understand it if you have mental issues? No they wouldn’t. They are slamming me with a bill, suing me. It’s okay”.

Recall that Ada Ameh had in a special way remembered the death of her only child, Gift who passed on October 20, after an unsuccessful surgery in Abuja.

The aggrieved mother celebrated her daughter’s posthumous birthday in an emotional way.

Taking to her Instagram page, Adah Ameh shared some photo mix of her daughter and captioned it, “Happy posthumous birthday my beautiful Angel. I miss you so much my beautiful baby girl. Aladi I miss miss you my baby!! The gift of my youth oo.”