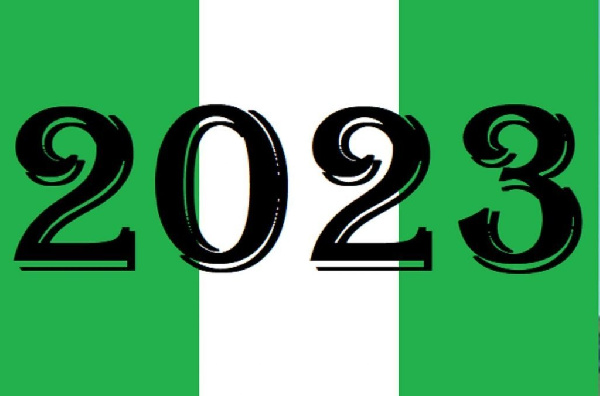 Civil rights advocacy group, Human Rights Writers Association of Nigeria, HURIWA, has again warned the political parties not to contemplate positioning or presenting a Muslim-Muslim Ttcket for their Presidential candidates in the coming 2023 election.

All political parties that are participating in the 2023 presidential election are expected to send the name of their running mates latest on Friday, June 17.

In a statement by HURIWA National Coordinator, the group said any attempt to present a Muslim-Muslim ticket will confirm the much feared plots, which are nevertheless no longer subterranean but open ended, by President Muhammadu Buhari to push for full Islamisation of Nigeria.

“The plot is to continue to have Muslims dominate all strategic and key political positions in Nigeria as president, vice president, Chief Justice of Nigeria, Senate President and Speaker House of Representatives and to repeat President Muhammadu Buhari’s nepotistic and pro-Islamic appointments of only Muslims to head all the internal security institutions as against the principles and spirit of section 14(3) of the 1999 constitution which stipulates observance of federal character principle in all appointments including elective positions.

“We are uniquely worried by the organised and well choreographed, well oiled, well funded and properly engineered campaigns by Islamic fundamentalists such as Governor Nassir El-Rufai and others using some Christians like Orji Uzor Kalu, Femi Fani Kayode to canvass the infantile opinion that either it does not matter that candidates for office of President, Vice President or Governor and deputy Governor should comply with the simply Constitutional demand of federal character principles in appointments and elective positions so there is inclusively and so there is proper national cohesion, national unity and a sense of pride and sense of belonging which the Muslim-Muslim ticket wants to eliminate and introduce Taliban type of extreme fundamentalist Muslim administration in which both the president, the vice president and the Chief Justice of Nigeria can go to Mecca on the pretence of doing their religious obligations as demanded by their religion but they will use the lesser or bigger hajj to plot pro-Islamic agenda such as providing support for such armed jihadists like armed Fulani herdsmen and Boko Haram and ISWAP terrorists to bomb Christian churches and drive away or kill off Christianity in Nigeria.

“This is the main thrust of the campaign in a brazen and dangerous fashion that there is nothing wrong with the Muslim-Muslim ticket by the APC.

“Arguing that Tinubu can use a Muslim running mate because his wife is a Christian clergy is puerile, irrational and totally illogical and warped thinking and it’s like presuming that the office of President is like the office of General Overseer of a Pentecostal church in which the founder and his wife are co-trustees. The office of president of Nigeria is a constitutional office conferred by the electorate through a free, fair, transparent electoral process and not family affairs of a husband and wife.

“Moreover, we repeat, Muhammadu Buhari has watched as Islamists have continued to bomb churches without stopping it and so a Muslim-Muslim ticket if successful will criminalise the practice of Christianity which is the main agenda of jihadists.

HURIWA stressed that it agrees with the time honoured and time tested explanation offered by an academic expert Jude Chukwuma Onyeakazi that the issue of national integration and the peaceful coexistence of the pluralistic and multi-cultural Nigerians in Nigeria has been a national discourse in the country since it secured independence in 1960.

“it is even much more strategic now that the last seven years has seen president Muhammadu Buhari appoint only an all Muslim national/internal security heads in DSS, police, immigration, customs, prisons, civil defence and even fire service.

“We share the view of the aforementioned expert that despite global states’ adoption of the constitutional principle of “unity within diversity” among nations, national integration remains a major challenge to most nations, including Nigeria.

“The state of national integration in Nigeria has been under the persistent negative influence of the issues of insecurity, poverty/deprivation, illiteracy, and ignorance, corruption, poor leadership/governance.

Is this not why we are staunchly standing by such institutions like the NYSC?

“So why does all progressives congress wants to draw us bavk by a single faith presidency? Can we also now abolish NYSC?

“Like this erudite scholar aforementioned we join him to argues that the application of philosophical insight by Nigerians through the way of seeking and upholding the fundamental value of truth has the potentials to positively renew our individual and collective consciousness, perceptions, thoughts and behaviour to relate and co-exist for the good of one another and the nation and also change the narrative of national integration in Nigeria.

“Like the learned scholar, we recommend that individuals in politics seeking public offices should put more emphasis on seeking and upholding the truth at all times in the course of governance/management and relationships in every position and capacity.

“This is precisely why we see this poisonous chalice of Muslim-Muslim ticket by APC as toxic, dangerous and capable of inflaming religious passions, hatred and sectarian divisions if carried through.

“Why then is Muhammadu Buhari keeping Nnamdi Kanu in jail for canvassing self determination which is same thing as Muslim-Muslim ticket?

“We call on the DSS to arrest all the proponents of Muslim-Muslim ticket because they are preaching insurrection.