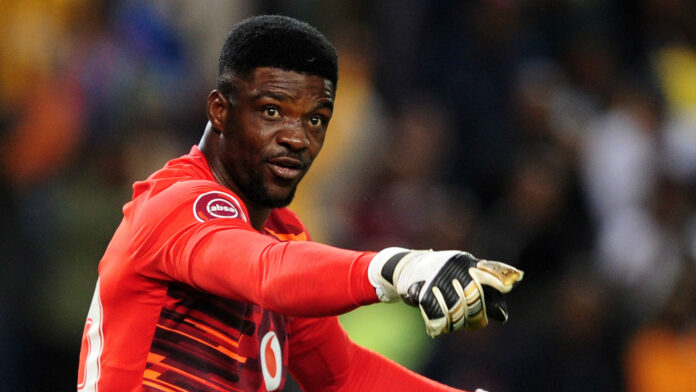 After his release by the Kaizer Chiefs, Nigeria’s Super Eagles goalkeeper, Daniel Akpeyi is likely to remain in the South African premier league, BSNsports.com.ng gathered

Akpeyi move to South Africa and joined Chippa United and his amazing performance earned a move to one of the country’s biggest club Kaizer Chiefs.

He joined the Amakhosi in 2019 and helped them reach the final of the CAF champions league in their first attempt.

He was listed among the players that will be leaving the club this summer and three clubs have shown interest in securing his services.

The trio of Sekhukhune FC, Amazulu FC and his former club Chippa United has signified a strong notion of getting the service of former Warri Wolves shot-stopper