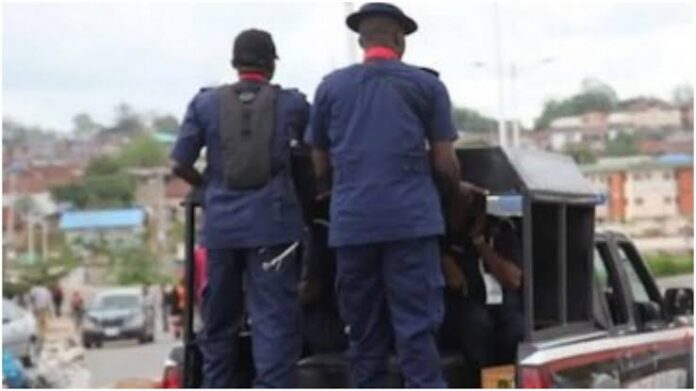 Commandant General, Nigeria Security and Civil Defence Corps, NSCDC, Dr. Ahmed Abubakar Audi, has approved the deployment of 9,747 personnel to beef up security alongside other security agencies, ahead of the Ekiti State governorship election slated for Saturday 18th June 2022.

The Commandant General, charged all the personnel involved in the election duty to be professional in their conducts by allowing the Standard Operating Procedure, SOP, of the Corps to guide their performances; stressing that, the service must remain apolitical and neutral to avoid any form of compromise during the election.

In a statement yesterday, by the Agency’s Director of Public Relation, DCC Olusola Odumosu, the CG maintained that necessary machinery has been put in place to provide effective security for INEC officials, sensitive and non sensitive materials, before, during and after the election, reiterating that all the 2,445 polling units, collation centres, flashpoints and other criminal hideouts are fully covered.

Audi further hinted that, personnel from Kogi, Edo, Lagos, Oyo, Osun, Ogun, Ondo, Zone J and the National Headquarters have been drafted to support the Ekiti State Command in beefing up security for the polls and protecting Critical National Assets in all the 16 Local Government Areas of the State.

The Commandant General, however, assured the people of Ekiti State of a hitch free election process as the Corps will be working in synergy with other security agencies involved in the conduct of the exercise to protect the electorate and arrest any criminal trying to destabilize the state.