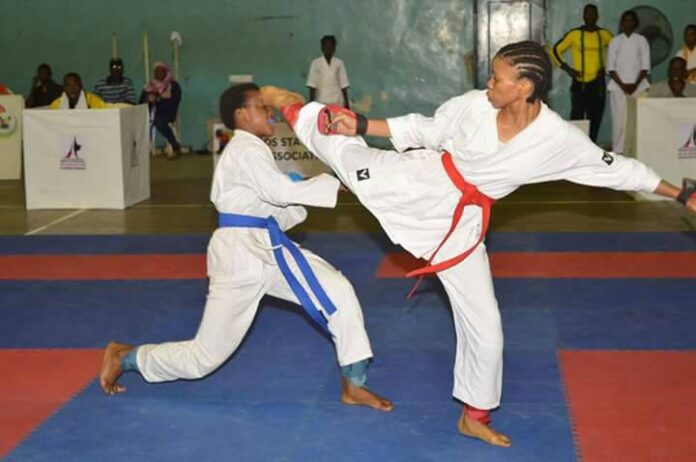 As part of its efforts at developing karate at the grassroots with special focus on secondary schools. Lagos State Karate Association Tuesday began a two day coaching clinic for Game Masters/Mistresses who by next week will be sent out to various secondary schools across the four education districts of the state to impact the basic principles of the sport to the students.

Chairman of the association, Omonolu Bello who also doubles as Vice President of Nigeria Karate Federation explained that the clinic holding at the Sports Bar of Teslim Balogun Stadium, Surulere, Lagos is important because it will help in galvanizing interest in the sports among the youths and Games masters even as he explained that their target is to train about 1000 athletes in the noble act of self defense.

He also stated that karate being now an Olympic event, there is need not to make Lagos State the hub of karate in Nigeria but to produce athletes that will make a podium finish at the international level just as he admonished parents to encourage their children to take to karate assuring them that no harm will come to them in the sport.

“We’re organizing this clinic as part of our efforts to further develop the sports at the grassroots. We believe that at the end of the day, these Game masters and mistresses will be in a better position to impact the knowledge they acquired to the students thereby helping us produce many talents that will do the country at the international stage especially now that karate is an Olympic sports.

“It’s equally important that I advise parents to allow their children learn karate for self defense especially now that children are being bullied, kidnapped and maltreated and I also want to assure them that no harm will befell their children as karatekas both in practice the sports and when they have mastered the basic principles of the game.