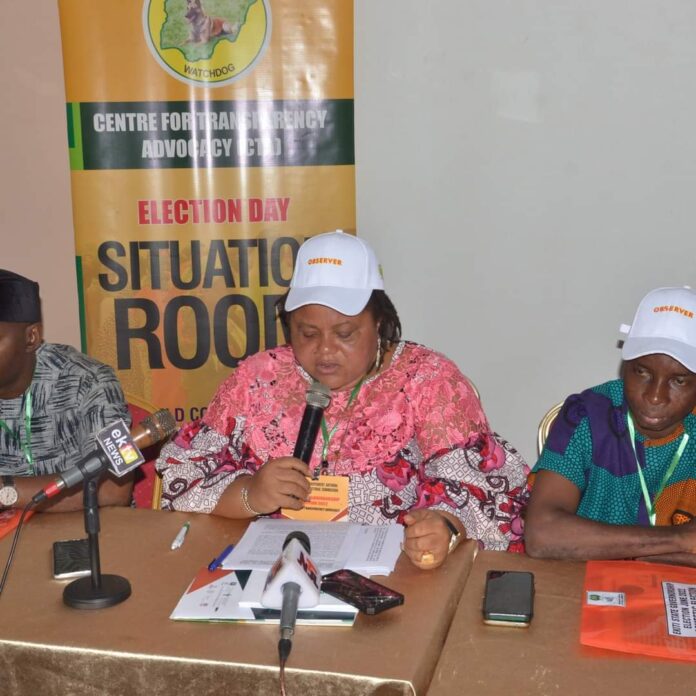 *commends INEC for not keeping sensitive materials in CBN

Election observer group, the Centre for Transparency Advocacy (CTA) has urged security agencies to be neutral and exhibit acts of professionalism in Saturday’s governorship election in Ekiti.

Addressing journalists in Ado-Ekiti, the Ekiti State capital, CTA executive director, Faith Nwadishi urged the security agencies to be on alert and redouble their efforts to nip any security breach in the bud.

Nwadishi also charged political parties and politicians to abide by the rule to ensure that the election is peaceful, transparent and credible.

She commended the Independent National Electoral Commission (INEC) for asserting its independence by keeping sensitive materials in the INEC offices instead of the Central Bank as was the tradition in the past.

The CTA boss said reminded INEC that the Ekiti election should be taken seriously just because its failure or success counts towards the credibility of the EMB being the first election to be conducted under the Electoral Act 2022 and the new INEC Guidelines on Elections.

She commended the peaceful atmosphere in the state, expressing optimism that such atmosphere will prevail during the election and after.

She said, “CTA urges security agencies especially the police not to let its guards down but to double efforts to nip any security breach in the bud especially as we
approech election day tomorrow. Secunty agencies must be neutral.

“The CTA wishes to remind citizens that vote buying is an offence and attracts jail terms. If there are no sellers, there will be no buyers.

“The media and citizens are hereby called upon to be vigilant and wary of fake news that will be inimical to the peaceful conduct of the Govemorship election tomorrow. In this regard therefore, every information and news item should be scrutinized and verified by the media and citizens before publication both in the mainstream and social media.”