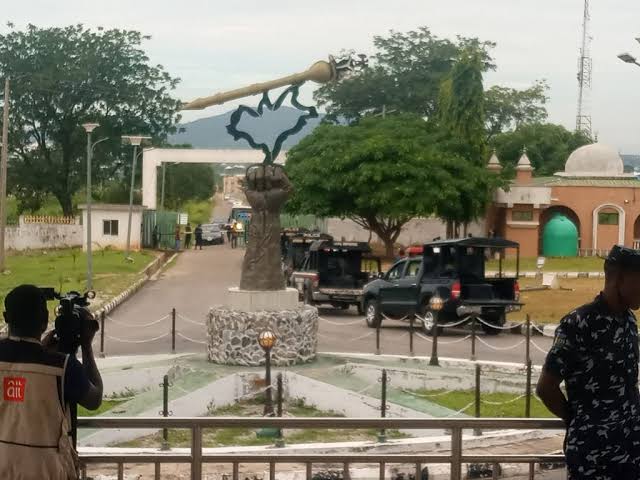 Seven members of Kogi House of Assembly have impeached four Principal Officers of the House and suspended three of them over alleged Gross Misconduct.

The impeachment and suspension took place on the floor of the House at an emergency sitting on Friday following the adoption of a motion by the 17 members, read by Hon. Enema Paul (APC-Dekina II).

The motion, among other allegations, accused the four former Principal Officers of of the 25-member House of Gross Misconduct and called for their immediate impeachment and replacement.

Calling for their immediate replacement, Enema Paul held that the House could not afford a vacuum, saying that they should be replaced pending the outcome of investigations into their alleged misdemeanor.

“We, the undersigned honourable members of the Kogi State House of Assembly do hereby resolve to impeach the following Principal Officers…”

“In view of the above allegation of gross misconduct of the impeached principal officers, we further resolved to suspend the following members until further notice pending the outcome of Investigation of the allegations levelled against them”, he said.

Ruling on the motion, the Speaker, Prince Matthew Kolawole put the question whether 17 members actually signed the document and they affirmed their position.

Kolawole also directed the Clerk of the House to out the new principal officers on and there after inaugurated the following majority voice votes in their favour.

The House on Friday, also dissolved the Standing Committees and constituted new ones to upscale performance of their oversight responsibilities in the remaining lifespan of the 7th Assembly in the state.