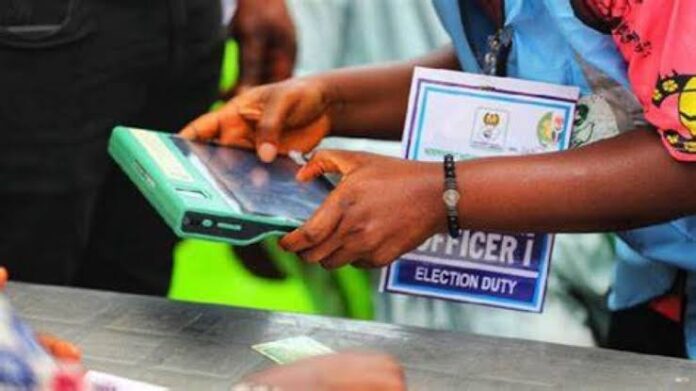 The Centre for Transparency Advocacy (CTA) has commended the performance of BVAS machine during Saturday’s Ekiti State governorship election, saying there was a tremendous improvement from previous elections.

CTA Executive director, Faith Nwadishi stated this during the release of the group’s preliminary report on the election, in Ado-Ekiti.

Nwadishi said the performance of the machine improved the credibility of the election.

She, however, decried the spate of vote buying during the poll, calling on the EFCC, INEC, the Security Agencies and other stakeholders to work out measures to effectively address this ugly phenomenon.

Furthermore, she said, “Regrettably, our observers reported that the phenomenon of vote buying that is fast becoming a major feature of our democracy was manifest during this election.

“Our observers also reported parties paying as much as N7000 for votes while in some instances packs of Spaghetti and Semovita were shared to voters. It is heartwarming to observe that some culpable party agents were arrested by the agents of EFCC. INEC, the Security Agencies and other stakeholders need to work out measures to effectively address this ugly phenomenon.”

She commended INEC and its officials for the improvement recorded during the election.

“This is an indication of improvement with regards to election logistics arrangement on the part of INEC. We hope this improvement will be consolidated upon and carried into the 2023 general elections.”