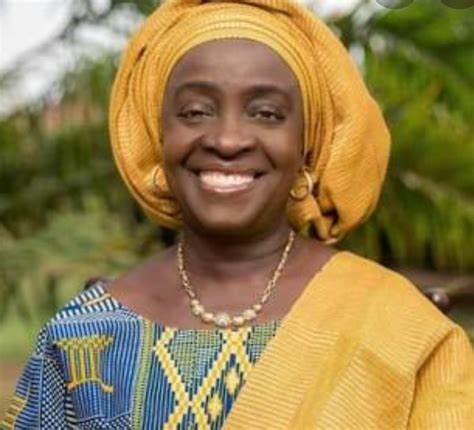 Vice Chairman, Senate Committee on Culture and Tourism, Senator (Prof) Nora Ladi Daduut made the emphasis while declaring opened the 2022 United Nations World Sustainable Gastronomy Day hosted by the National Institute for Hospitality and Tourism, NIHOTOUR, in Abuja over the weekend.

Daduut said that this has became imperative as another avenue of promoting the nation’s rich food culture to the world as well as growing what we eat, and eat what we grow.

She noted that food as one of man’s most basic needs must be put in the front burner of our national discourse as a means of not only fighting hunger, but also eradicating poverty and ensuring availability of foods for all at affordable cost, adding that the annual observance of the World Sustainable Gastronomy Day in Nigeria under the auspices of NIHOTOUR was a welcome development that must be promoted, maintained and sustained so that Nigeria will remain vividly visible on the food map of the world.

In her address at the occasion, the Permanent Secretary, Federal Ministry of Information and Culture, Dr. Ifeoma Adaora Anyanwutaku, represented by Mrs. Patricia Narai, Director, Domestic Tourism in the Ministry, said the Nigerian government was fully committed to the growth and development of the country’s foods and cuisines not only for internal consumption, but for export as another source of foreign income earning because of the fertile land that the country has been blessed with to grow enough food and feed the world.

She called on Nigerians, irrespective of their societal status, to take up farming even if it was at subsistence levels to achieve food sustainability and food security that the world is yearning to achieve.

Earlier in his welcome address, the Director General of NIHOTOUR, Nura Sani Kangiwa stated that because of the rich cultural diversity of Nigerian foods and cuisines, the country will soon be a preferred gastronomy destination in Africa for the global tourism community, noting that because of its multiplier effects as a tourism product, it will empower the youths and eradicate unemployment and the scourge of poverty.

Goodwill messages were presented by members of the Diplomatic community, key players and critical stakeholders in the industry including heads of Ministerial Agencies and Departments who extols the virtues and foresights of NIHOTOUR under the leadership of Nura Kangiwa to up Nigeria’s stake in the growth and development of the country’s travel tourism and hospitality sector with creative ideas and programs.

Side attractions of the event include the exhibition of Nigerian foods, beverages and cuisines from the six geo-political zones of the country by NIHOTOUR, showcasing of foods and cuisines by foreign embassies in Nigeria such as the Peoples Republic of China, Spain, Ethiopia among others, private food vendors and catering outfits as well as the unveiling of the state of the art Mobile Training Kitchen produced by NIHOTOUR to upscale the outreach of its hands-on training in cookery and hospitality management.

Others were the presentation of Certificates and cash prizes to students and schools that participated and won in the Essay Writing competition on Tourism organized by NIHOTOUR as part of activities to mark the 2022 World Sustainable Gastronomy Observance Day.

The 2022 World Sustainable Gastronomy Day instituted by the United Nations is aimed at enlightening the public and promoting the art of gastronomy which is a cultural expression of nations through their food choices, sources of ingredients and types of cuisines which thrives in culturally rich destinations.

The occasion had in attendance critical stakeholders in both public and private sector of the travel tourism and hospitality sector of the country.