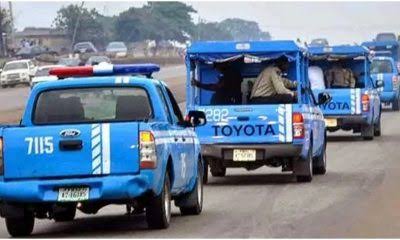 The accident occurred in the late hours of Saturday while travelling from Lagos to Kano.

An eyewitness said that the driver and seventeen others were burnt beyond recognition.

It was gathered that a heavy tipper truck broke down on the road without sign to indicate danger ahead, hence the crash that led to the death of the entire passengers in the bus.

Niger Command, Police Public Relations Officer, DSP Wasiu Abiodun confirmed the incident, saying that one victim is receiving treatment in Minna hospital while 18 confirmed dead, adding that it occurred around 3 am when the bus ran into a packed truck as victims were burnt beyond recognition and warned people to avoid night journey.

The bodies of the victims have been given mass burial at Gidan Mangoro burial cemetery, outskirt of Minna, the state capital.