2023: Dumebi urges Nigerians to fight for the right leadership 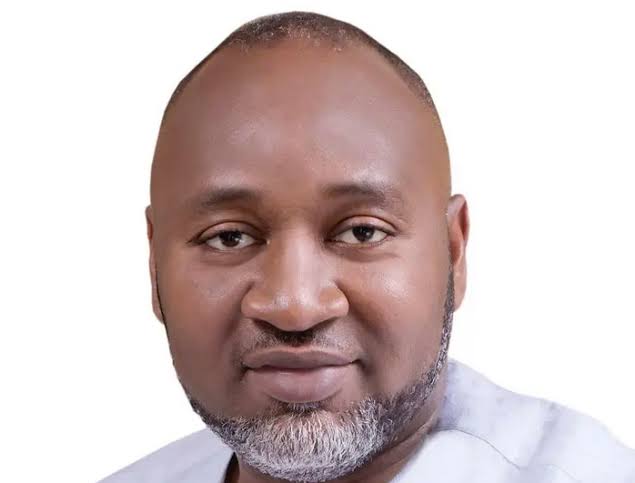 Presidential flagbearer of the African Democratic Party, ADC, in the forthcoming 2023 general elections, Dumebi Kachikwu has called on Nigerians to fight for the right leadership while reassuring with confidence that the party has the structure, compence and capacity to emerge victorious in all levels of leadership and elective positions in the 2023 elections.

Dumebi made the call on Saturday while speaking to journalists at the closing of a Two- day retreat of the party held in Abuja.

He said that the essence of the retreat was to address three key issues bothering on ADC post convention issues, having an interface with the various States candidates of the party to review what plans they have in stock as well as paving the way forward for the party in preparation for the 2023 General Elections.

“We’re having a two day retreat, this retreat is address oraddresses three issues, post convention issues. State of the states and the way forward for us as a party.

“I am sure you are aware that ADC outside the other better known parties is the third force party that has structure in all the states, we have all our 36 States chairmen here, we the Gubernatorial Candidates for that states, our NWC reviewing the state and their readiness for the next generatal elections,” he explained.

He urge Nigerians to go out and get themselves registered and rally round the African Democratic Party for the rightful and sincere leadership that will turn the country into a modern nation.

Meanwhile the National Chairman, African Democratic Congress, ADC, Mr Ralph Nwosu has stated his Party was still carrying out critical consultation as far as the position of the Vice Presidential candidacy was concerned, saying that it was re-strategizing to take over power from the ruling APC in 2023.

Nwosu said “we are still doing critical consultation as far as choosing our Vice President is concerned, we’ve had a good party arrangement where Dr. Mani Ahmed have been put in place. So on this, he is a great party man and one of the critical intellectuals in nation building in Nigeria.

“It will be left for the party leaders and leaders across Nigeria to decide.”

Speaking on possibilities of the ADC forming an alliance with other parties, Nwosu said that it was critical even though the party has what it takes to win on its own.

“Coming together and forming alliances is very, very critical because we have two monsters of political organizations who have been deep in the system.

“So we’ve been talking even before this time on building a big collaboration and the “Big Alliance”, but we’ll see how it goes. We as a party can deliver on the election. We’ve done things that are very novel and Nigerian people are commending us. As you can see, so we can deliver on the election but at the same time the door is open for collaboration, alliances and fusions,” he continued.

He however urged the media to do more in giving balanced reportage and news reports of all parties aspiring for positions and not “favoring one party.”

He also said “in other parties, some individuals went and bought over the party and were declared the candidates, I think, the media should give ADC all the credit for what we have done as a political party, they should.

“And if you want to compare what happened as far as the primaries, you compare amongst three political parties and if you do so, compare between us, PDP and APC.

He further stated that there has been institutional bias in the Nigerian politics saying that “the media organization and many other organizations seem to favor the status quo. This is wrong if we must make a serious transition to nation building as far as Nigeria is concerned”.