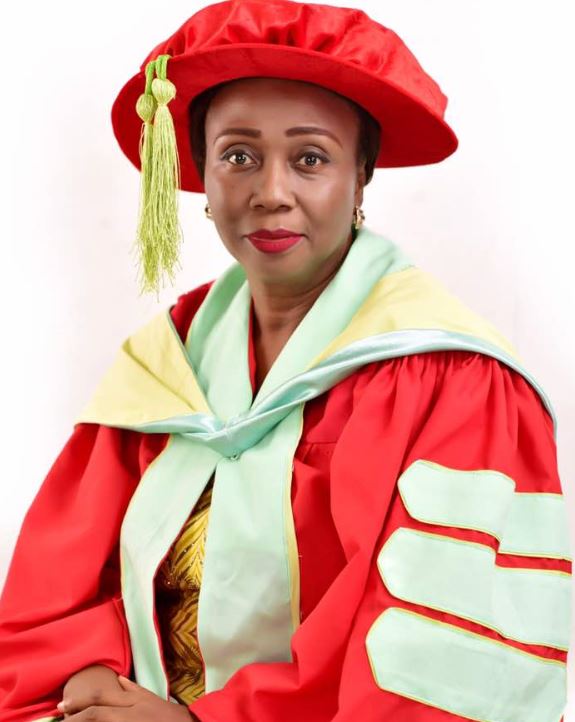 Prior to her employment in her Alma Mata, she was a Lecturer at the Cross River State School of Basic Studies, Akamkpa, 1981-1986. Professor Effah-Attoe holds a Ph.D (African History) and B.A (Hons) (Second Class Upper Division) from the University of Calabar; WASCE (Division One), Edgerley Memorial Girls Secondary School, Calabar, and FSLC (Distinction), Our Lady of Lourdes Primary School, Yaba.

She was a beneficiary of the 2014 – TETFUND grant to attend the Africa Conference 2014 held at the University of Texas, Austin, Texas, USA, 3rd – 5th April, 2014. Professor Stella Effah- Attoe is a Fellow of the Institute of Administrative Management of Nigeria (FIAMN); Qualified and Incorporated Administrative Manager (QIAM); 21st Century Trust Fellow, London; and a Senator of the United Nations International Parliament for Peace and Safety.

She has served the University in several other capacities including Head of Department of History and International Studies between 2002 and 2003, member, University of Calabar Contact Committee (2005-2010); Chairman, Local Orgnising Committee of the International Conferences of the Department of History and International Studies Conferences Committee (2017-present); member, Intellectual Property Policy Committee (2017- present); Chairman, faculty of Arts Investment Committee (2017), permanent member of University of Calabar Senate (2017); Chairman, Board of Directors, Voice of Nigeria between 2009 and 2010; member, Federal Housing Authority Board (2005-2006); member, Governing Council of the national Health Insurance Scheme (2000-2003); member, National Governing Board, National Youth Service Corps (2013-2015) and ,many others.

Professor Stella Effah-Attoe has successfully supervised over seven (7) Ph.D dissertations, twelve (12) MA theses. She has been Graduate School Representative in Graduate dissertation/thesis defense in other Departments in the University of Calabar and served as M.A and Ph.D external examiner at various Universities.

She was elected at the last PDP national convention as the National Woman Leader if the party and so far has justified the confidence reposed on her by members of the party.