HomeNewsGPMI to present 'Talk to our people back home' tour report to...
News 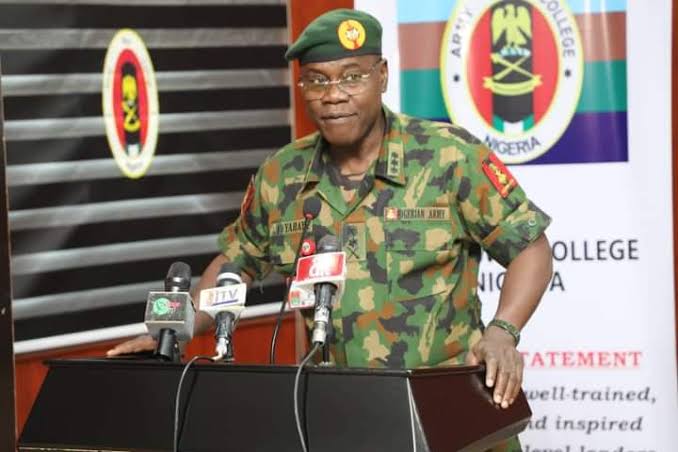 Global Peace Movement International, UK said all is set for the organisation to
submit the reports from the various countries visited during its “Talk to our people back home” in support of the Nigerian Army to the Chief of Army Staff, General Faruk Yahaya.

The President of the group, Dr. Mike Uyi started this in a statement on Tuesday that GPMI has compiled its reports from France, Germany, US, London Italy during the tour and its ready to submit to the leadership of the Nigerian Army.

“From all the reports gathered from these countries, it evidently clear that Nigerians are willing and ready to support the Nigerian Army is the fight against all forms of criminal activities in Nigeria”

Describing the progress made in fight against insecurity as “giant strides”, GPMI said its feedback mechanism in all the countries visited rates the current administration of Lt. Gen. Faruk Yahaya high in the war against terrorism, bandits and other criminal gangs.

“Nigerians in Diaspora views Gen. Yahaya’s achievements as worthy and exemplary and an indication that within a short period, Nigeria would indeed experience the sustainable peace and development that it deserves.”

While commending the Chief of Army Staff, Lt. Gen. Faruk Yahaya for leading the troops in an impressive manner, GpMI, however, charged him not to rest on his oars.

It further urged the Army Chief to sustain the various innovations introduced so as not to allow those against the interest of the country to polarise the country in fulfilment of their nefarious agenda.