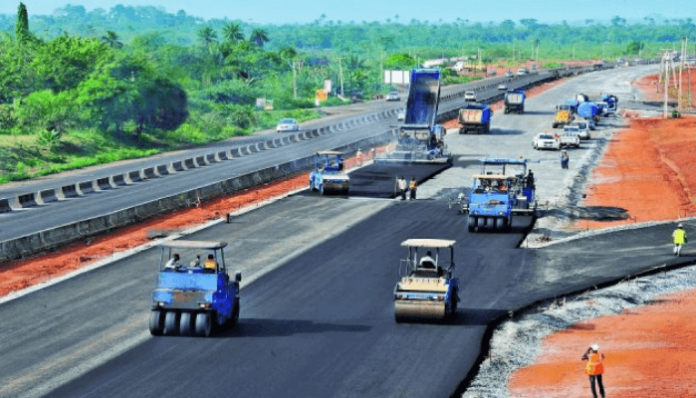 The Federal Government has reaffirmed its commitment to completing the ongoing dualization and rehabilitation of the Odukpani – Itu – Ikot Ekpene road in Cross River and Akwa Ibom States.

The Director, Highway Construction and Rehabilitation of the Federal Ministry of Works and Housing, Engineer Folorunsho Esan made the reaffirmation on Thursday, June 16, 2022 during the inspection of work on the 83 .3 kilometres road being handled by Julius Berger, SERMATEC and CCECC companies.

The Director however called on the State governments to prevail on its people who have structures on the right of way to remove them in order not to frustrate the effort of the contractors so that the roads can be delivered on target since the land belongs to the state government.

He disclosed that funding is not a problem as the road is being funded by the Nigerian National Petroleun Company ( NNPC) under the Federal Government Tax Credit Scheme.

The Director expressed satisfaction at the pace of work by Julius Berger and SERMATECK companies while urging CCECC to improve on its pace of work.

The Federal Controller of Works in Cross River State, Engineer Bassey Nsentip said the contractors have the equipments and are willing to work, adding that the road project include five bridges and several culverts.

Engineer Bakari Kehinde and EngineerJoseph Ukpata, site engineers of Julius Berger and SERMATECK respectively also called on the state governments to help in resolving the problem of the right of way.

Similarly, Engineer Esan informed newsmen that the bridge on section iv of the east-west road in Akwa Ibom state will be opened to traffic soon

He said, ” The contractor is working on the bridge so that it can open up traffic in order to work on the other side of the road and they are saying it will take them eight weeks and we are taking them by their words “.

He further said that the east-west road is not yet under the Tax Credit Scheme but hoped that it will be part of it soon.

Zamfara: A look at Matawalle enviable strides in 3 years