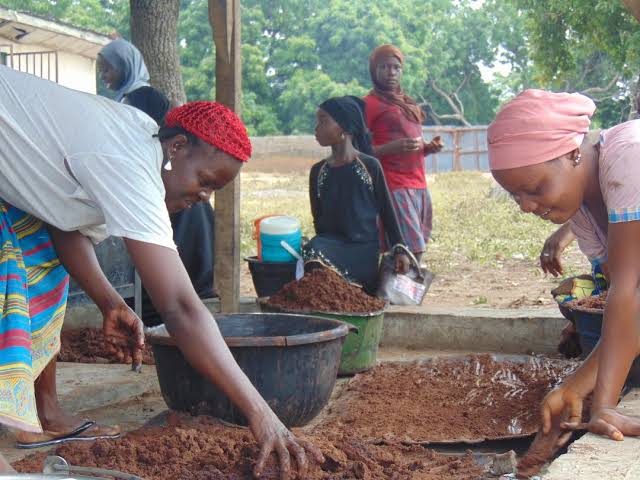 Niger State Government has reiterated its continued commitment to focus on some key initiatives towards deriving a sustainable growth of the Shea sector in the State.

This was revealed by the State Governor, Alhaji Abubakar Sani Bello at the closing ceremony of the UN-Women Nigeria Project on Women’s Economic Empowerment through Climate Smart Agriculture and Commissioning of the Kodo Shea Butter Processing Centre held at Kodo, Bosso Local Government Area of the State.

The Governor who spoke through the Secretary to the State Government (SSG), Ahmed Ibrahim Matane disclosed the key initiatives to include the development of a robust Niger State Shea Sector development policy and a 5-year implementation plan supported by GIZ, the establishment of new Shea parklands, upgrades of existing Shea butter processing centres and establishment and provision of additional facilities among others.

Governor Bello stressed that the Government has identified the Shea sector as a viable engine for economic growth and as such is committed to developing the sector as well as ensuring that maximum value is achieved from the Shea resources for the benefit of the people.

He pointed out that this can only be achieved through deepening collaborations and partnerships with key stakeholders in the Shea value chain.