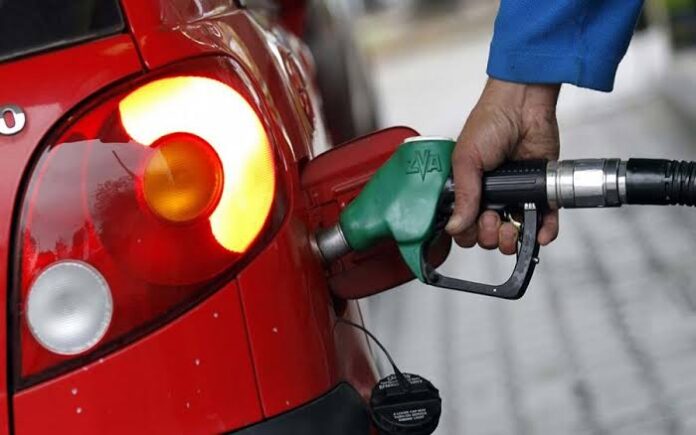 *Says only CBN Board can sanction Emefiele for alleged infraction

President Muhammadu Buhari has said that his government had ruled out the possibility of heeding the calls by the International Monetary Fund (IMF), World Bank and other leading economists to remove the fuel subsidy in the country.

The President reinstated this in an interview he granted Bloomberg News recently, defending his government’s refusal to remove fuel subsidy against the advice of the experts.

Buhari said, “Most western countries are today implementing fuel subsidies. Why would we remove ours now? What is good for the goose is good for the gander! What our western allies are learning the hard way is what looks good on paper and the human consequences are two different things. My government set in motion plans to remove the subsidy late last year. After further consultation with stakeholders, and as events unfolded this year, such a move became increasingly untenable. Boosting internal production for refined products shall also help. Capacity is due to step up markedly later this year and next, as private players and modular refineries (Dangote Refinery, BUA Group Refinery, Waltersmith Refinery) come on board.”

Nigeria Pilot reports that energy crises have dogged development projects in recent years as the All Progressives Congress administration in the past over seven years in the helm of affairs have been unable to solve the problem.

Nigeria solely depends on the importation of refined crude products, in spite of being the second largest producer of crude oil in Africa.

None of the four existing refineries in the country refines petrol, despite the humongous amount spent in the Turn Around Maintenance.

Asked what his government was doing to ensure food security at the face of spiraling inflation, the President accused the European Union (EU) of encouraging the export of their subsidized food into Africa and therefore undermining the continent’s food sustainability efforts.

He said “The EU’s policies in particular are all rhetoric of open trade – yet their Common Agricultural Policy subsidy programmes and export of those subsidized goods create dependence, undermine Africa’s self-sufficiency, and cause food poverty and starvation.”

Rating his performance in the last seven years on how he has been able to achieve his goal of fighting corruption, the President told his interviewers that he had been able to secure the repatriation of looted funds because the nation’s international partners could trust his leadership.

He said “Working with our international partners, hundreds of millions of various currencies have been returned from abroad – primarily from the UK, US, and Switzerland – and used as social and welfare funds distributed directly to the poorest during the Covid pandemic and the provision of long-delayed infrastructure-roads, bridges, rail, and power.

“As an illustration, Monetary recoveries (January-December) 2021 show that more N152 billion has been recovered. Dollar recoveries for the year amount to over USD 386 million; GBP, more than 1.1 million; Euro, about 157,000; Saudi Riyals about 1.7 million some more in Digital and other currencies.

“Those partners refused to return these monies held for decades to previous Nigerian administrations in the certainty they would simply be re-stolen. They changed their approach with us because they knew my administration could be trusted.”

On why he has refused to sanction the Governor of the Central Bank of Nigeria (CBN), Godwin Emefiele, for showing interest in contesting for President ahead of the 2023 general elections while still in office, the President said “The CBN governor is appointed by the President. But this appointment is subject to confirmation by the Nigerian Senate. Ultimately, it will be for the CBN’s board of directors to determine whether a CBN governor’s actions have fallen foul of the laws in place to ensure he can most effectively carry out his duties.”

Asked to assess his performance in the fight against insecurity, Buhari said he had been able to recover territories hitherto held by the Boko Haram insurgents and depleted their ranks adding that his administration’s execution of vast infrastructural projects had set the country on the course of sustainable and equitable growth.