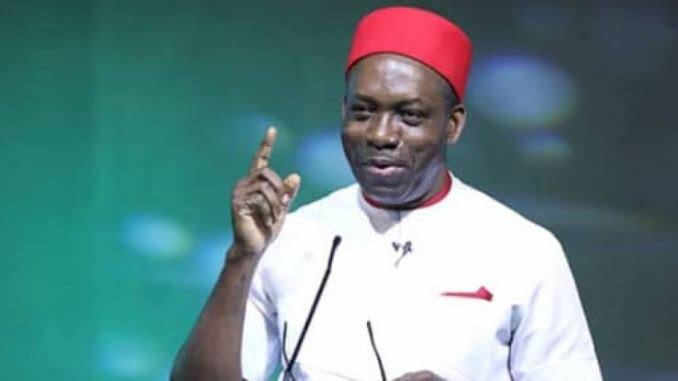 Governor Chukwuma Soludo, of Anambra on Tuesday said his administration has no plans to tax or levy wheelbarrow pushers in the state.

Soludo made the disclosure in a statement signed by Mr Christian Aburime, his Chief Press Secretary.

The Anambra government through the Ministry of Transport had said it would conduct biometric enrolment of all operators of various means of transportation including cart pushers.

Mrs Louisa Ezeanya, the Permanent Secretary of the Ministry had in a statement said the biometric enrolment would be in collaboration with the Anambra State Internal Revenue Service.

“The Ministry of Transport, in collaboration with AIRS, is undertaking the Biometric enrolment/registration of all commercial vehicle operators .

“This includes:Wheelbarrows, tricycles, shuttle and mini buses, mini/semi-trucks, tippers, lorries and heavy duty trucks operating in the state,” she said.

However, the development had elicited reactions from some sections of the state including the Civil Society.

But the governor said he was not planning to collect tolls from wheelbarrow pushers and allied workers in the state, adding that the information was misguided.

According to the statement, the governor wishes to debunk the allegation as a misguided fabrication by mischief makers to cause disaffection between the state government and a section of the citizens.

“For the avoidance of doubt, Anambra state government, under Prof Soludo, has not imposed any new levy on wheelbarrow pushers and allied workers.

“What is in operation is the existing regulatory framework inherited by the administration from the previous government.

“It is therefore wrong for any group or individuals to allege or insinuate that the government has imposed any new levy on the workers in that category,’ the statement said.