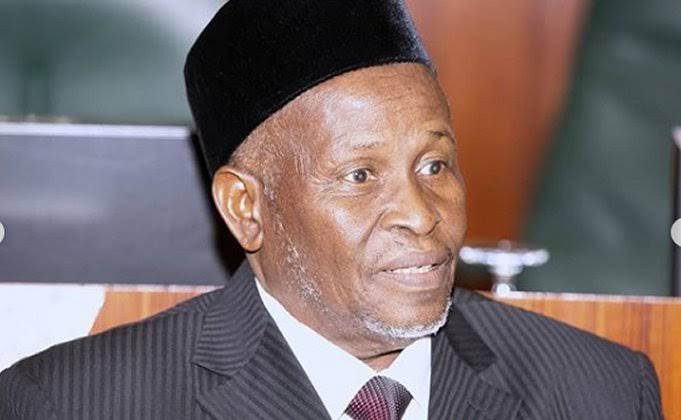 Worried by the rift between the Chief Justice of Nigeria, CJN Ibrahim Muhammad, and 14 Supreme Court Justices over welfare and administrative issues, the Body of Benchers has set up a seven-man Committee to look into the crises.

Also, a highly placed judiciary source yesterday, confirmed to Nigerian Pilot that already, Justice Mahmud Mohammed alongside six other Senior Advocates of Nigeria (SANs), are meeting the Justices of the Apex court on Friday and another meeting will follow on Tuesday next week.

The Chairman, Body of Benchers, Wole Olanipekun, a Senior Advocate of Nigeria, had declared that the committee is headed by a former CJN, Mahmud Mohammed who retired four years ago.

He said, “We held an emergency meeting on Tuesday and for now, we have set up a Body of Benchers Judiciary Advisory Committee.

It will be a standing committee of the Body of Benchers and the Chair of the committee is Justice Mahmud Mohammed, former Chief Justice of Nigeria.

“I am a member and the Vice Chairman of the Body of Benchers is a member and four others. We are swinging into action. We are talking to parties concerned, individually and collectively.

Olaonipekun also disclosed that the committee would work to improve the welfare package for judicial officers in the country.

He added, “The committee has also been mandated to compare and contrast what the judicial officers take as their remuneration among others with what is obtainable in other parts of the world.”

“The committee will confront the executive with what we derive as the best condition of service, remuneration, among others, as obtained by other countries of the world. The CJN cannot do this; the organogram tilts against the independence of the judiciary as we want it”, he said.

About 14 aggrieved Supreme Court justices had, in a leaked letter, accused the CJN of abandoning his responsibilities and diverting funds meant for the running of the apex court.

They complained about their accommodation, vehicles, electricity tariff, supply of diesel, internet services to justices’ residences, training for justices and epileptic electricity supply to the court.

They also accused the CJN of receiving their demands without acting “after several persistent requests” to hold a meeting which was finally held on March 31, where a welfare committee was set up.

Among other things, the Supreme Court Justices are demanding to know what had become of funds set aside for the training of justices, alleging that they were denied the usual two to three international workshops annually.

Reacting to the allegations on Tuesday, the CJN stated that the apex court, like other establishments in the country, is affected by “a devastating economic crunch.”

As a result of the economic crunch, Muhammad explained that the leadership of the Supreme Court could no longer meet some of its obligations to the Justices, especially in the area of welfare.

The CJN, while berating his colleagues for bringing their complaints to the public, said the apex court was facing a cash crunch.