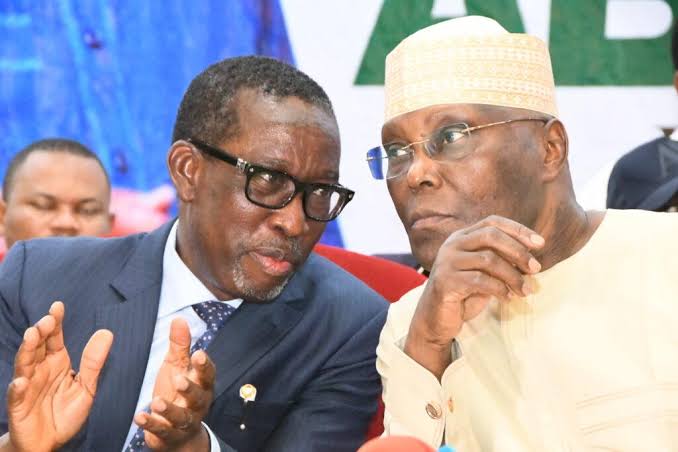 Utazi made the call while addressing newsmen on sundry national issues at the National Assembly complex,on Wednesday Abuja.

Utazi assumed office as the new minority whip on Tuesday.

He urged the candidates and the PDP hierarchy to go to the drawing board and plan how to tackle the herculean challenges facing the nation and stop frolicking for their victory at the primaries.

“This is what we expect the presidential candidate, in fact, the PDP as a party that want to take over to look at this issue critically.

“The time for primaries have come and gone. Any serious minded party should go back to the drawing board, get the best of the planning team because planning department of any establishment is the engine room of that organisation.

“Nigeria has thousands of good people that can solve the problems of Nigeria.

“Politicians need to speak on the issue of the moment, the security of our people, unemployment is a time bomb.

“They should withdraw from running up and down; nobody should be seeing them, people will think they are not serious about it.

“A serious political party should be testing their policies by discussing issues. They test such policies and see the feedback from the society; they go back and retune it and present it at media houses.

“This is so that between now and September for the campaigns, you already know what you want.

“While doing such, you are also recognising the critical hands that can implement such policies for you, it’s not a question of after winning election, you spend months trying to look for ministers,” he said.

He further said that buying arms and ammunition, and chasing about terrorists and other criminal elements in the society with such weapons would not effectively provide solution to insecurity in the country.

According to him, focusing on the effects of insecurity without getting to the cause with a view to uprooting it would amount to effort in futility.”