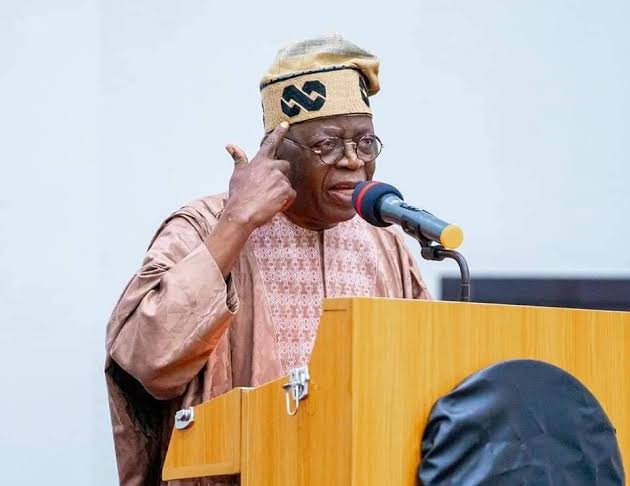 Action Peoples Party (APP) said it will on Monday, June 27 drag the Presidential candidate of the All Progressives Congress, APC, Ahmed Bola Tinubu to court to challenge his academic qualification to stand for the 2023 presidential election.

The decision followed alleged irregularities in the academic qualification and documents submitted by Tinubu to the Independent National Electoral Commission, INEC on Friday, June 24, 2022..

The Chairman of the party, Mr. Uche Nnadi disclosed this to Newsmen yesterday adding that the party has enough facts to prosecute Tinubu on the issue of qualifications.

He stated that from the form Tinubu submitted to INEC which was made public on Friday, June 24, 2022, the APC candidate,  Tinubu is allegedly not eligible to contest as his forms allegedly contains false information.

He alleged that Tinubu in the document obtained from INEC was not forthcoming on his claim that he attended Primary and Secondary school but allegedly claims a university degree in the new INEC forms published today (Friday June 24, 2022).

All efforts to reach Tinubu’s aides were not successful but a document obtained by Nigerian Pilot shows that Tinubu said he attended St. Paul Aroloya Children Home, Ibadan between 1958 and 1964.

It was also gathered that the APC presidential candidate, Bola Ahmed Tinubu was among those who made the INEC list to contest in the 2023 presidential election.