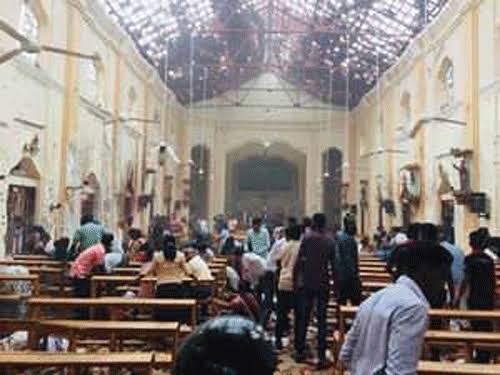 Christian Association of Nigeria, (CAN) Kaduna State chapter has lamented over the incessant attack on churches in Kaduna communities and the country at large.

It would be recalled that terrorists on Saturday killed the Chaplain of Catholic Community of Kaduna Polytechnic and Chairman, Nigerian Catholic Diocesan Priests’ Association, Kaduna chapter, Rev. Fr. Vitus Borogo on his farm in Kaduna.

Reacting to the development, Rev. Hayab expressed that the government’s inaction against criminals is disappointing adding that they have complained and protested but to the deaf ear of the government.

He said, “Bandits are now hardened and brutal, they are killing without mercy and the rate at which they have turned on the Church in Kaduna State and Nigeria is alarming and worrisome”.

“CAN has cried, complained and protested, but to a deaf government, the bandits know and understand that the government will only talk but cannot act or cause them any threat that is why they are advancing more against our people. The last three weekends have all been periods of mourning and anguish from our communities to the church”, he lamented.

The CAN Chairman further called on the church, Christian Leaders and Communities exposed to the threats of bandits to be at alert and defend themselves when the need arises.

“The killings are too much and the lack of concern by the government is disappointing and disgraceful. CAN urge all Christians to continue to pray with one eye open and with their object for defense in their hands,” he added.