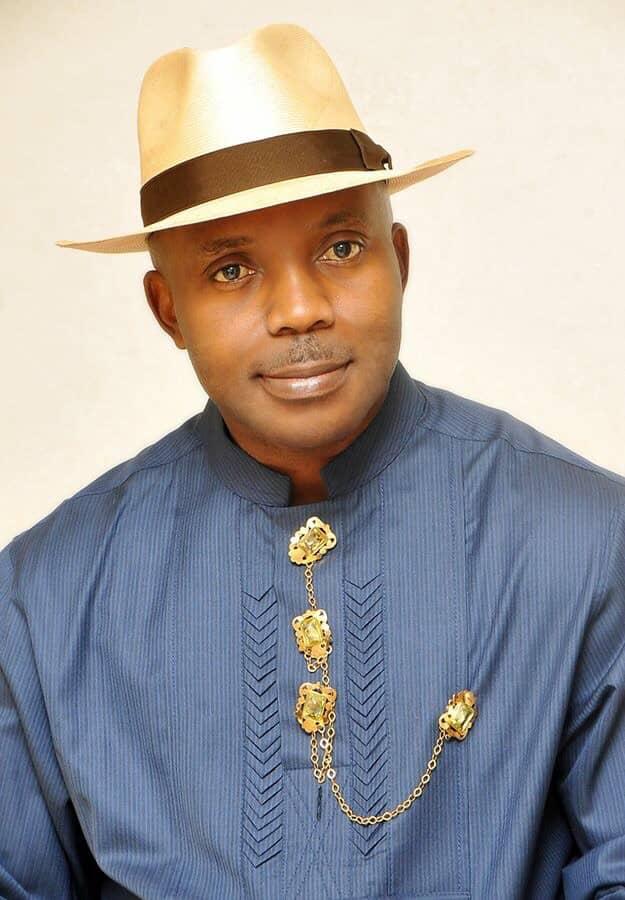 Ahead of the 2023 general elections the Member representing Bomadi/Patani Federal Constituency Hon Nicholas Mutu has debunked the insinuation that he met with the Deputy Senate President Ovie Omo-Agebe and the Chairman of the All Progressives Congress (APC) in Delta with a view to swing stop the ambition of Collins Eselemo.

Reacting to the allegation that Hon. Mutu Nicholas held a meeting with His Excellency Sen. Ovie Omo Agege and the Delta State Chairman of APC, his legislative Aide Barr. Ogbomah Ebitimi described the allegation as not only spurious but laughable and a mere figment of Collins Eselemo’s imagination.

Responding to the publication, Barr. Ogbomah Ebitimi stated that there was never a time his boss held any meeting with the Deputy Senate President and the Delta State APC Chairman or any other person to discuss any matter related to Collins Eselemo.

He also denied that his boss gave money to any of them or any other person for that matter.

He went further to say that Hon. Mutu has being winning all his elections from 1999 till date without making a deal with anybody and stated that Collins Eselemo is a known serial blackmailer that is obsessed with his boss.

According to Ogbomah “he is so frustrated that he has not succeeded in blackmailing and intimidating Rt. Hon. Mutu into submitting to his antics and machinations to make money out of him.

“A sore loser that he is, Collins has still not come to terms with the humiliating and crushing defeat he suffered in the hands of Mutu in the 2019 general elections. Hon. Nicholas Mutu will not in anyway lose sleep over an individual like Collins talk-less of plotting against him.

Ogbomah equally told newsmen that during the primary Elections of APC in 2018, Collins came out a distance fourth and nobody knew how he manipulated his way to become the Candidate of the party for the Bomadi/Patani Federal Constituency elections in 2019.

Ogbomah said that “it is a known fact that Collins diverted funds that was given to him by the party leaders and supporters to prosecute his election in 2019 for his personal issues. In his charateristic manner, He used the money to purchase a convertible Mercedes Benz and built a recreational center at Bendel Estate in Warri.

He further said that Collins Eselemo’s target is the purse of his party and that of those that have sympathy for the APC in the Federal Constituency, who are willing to Sponsor any Candidate of the party.

He said Collins does not have the capacity to contest any election adding “I am also aware that Collins did not participate in the primaries, perhaps because his party members have seen him for who he truly is- A fraud, swindler and blackmailer. No wonder, no politician is willing to give him its platform to ply his stock in trade. Ordinarily, Mutu would have preferred Collins as the opposition Candidate contesting against him because he would have gone to sleep knowing that he would have treated him to another crushing defeat with an unimaginable margin in the 2023 general elections.

“It is rather unfortunate that Collins thinks contesting election is an opportunity to make money and that is why he thought the Distinguished Deputy Senate President and the Chairman of APC in Delta State, must have collected money from Hon. Mutu, since that is his own trademark.

Ogbomah therefore, urged the general public and the people of Bomadi/Patani Federal Constituency in particular, to disregard Collins Eselemo as he is a known serial blackmailer.