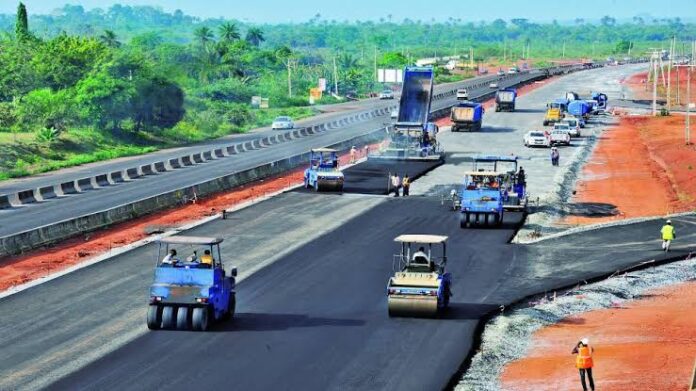 Barring any unforeseen circumstances coupled with adequate funding, the ongoing Abuja Outer Southern Express, OSEX project will be completed by November this year.

This was disclosed by the Project Manager of CGC Nigeria Limited, the company handling the project Mr. Wing Ming while conducting journalists round the project site.

He noted that the project runs for about 6.75km from the Presidential Villa in Asokoro to the Apo Roundabout explaining that the dualisation project is made up of 10 lanes carriageway of five lanes on each side.

The contract which he said was awarded during the last administration of Goodluck Jonathan suffered hiccup as a result of inadequate funding.

“The current administration has since 2015 prioritized this project and as you can see, there is steady pace of work compared to the past. With the level of funding we are getting now, and if it continues, I can assure you that we will deliver this project before the end of November this year”, he said.

Also speaking during the project tour, the Public Relations Officer, PRO of the company, Mr. Balogun Munir said that “CGC came to Nigeria over 25 years ago and has delivered several key projects in the country citing the popular Kubwa dual carriage way which he said was completed in record time and remains one of the best roads in Abuja.

“CGC was registered in 1992, since then, we have carried out many projects across the country to the satisfaction of Nigerians. We have been engaged in urban water schemes, construction of dams, irrigation systems, dualization and completion of roads in regions all over the country including the popular Kubwa Express Way”, he explained.

He noted that as a responsible company, CGC also gives priority to community development and has been actively involved in helping local communities in the provision of portable water by drilling boreholes, constructing access roads and culverts, providing palliatives to the less privileged especially at the height of the COVID-19 pandemic among others.

“We also find ways to give back to the community, like during the COVID-19 pandemic, palliatives were given to citizens in the FCT and other states, roads have been constructed at Ushafa in the Bwari Area Council, boreholes have been drilled in Abaji, scholarships and laptops were given to some schools in Ushafa. We have also provided direct employment to over 300 residents of Abuja”, he added.