IGP Usman Baba Alkali gets commendation one year after award 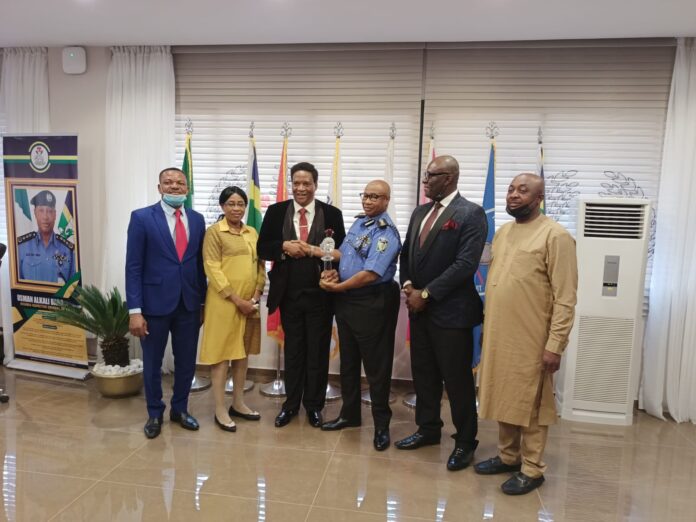 Global Peace Movement International has passed a vote of confidence on the Inspector General of Nigeria Police Force, Usman Baba Alkali for his transparency and efforts in repositioning the Force.

President General of the group Dr. Mike Uyi who gave the IGP a pass mark, noted that the police under IGP Alkali, has continued to carry out its constitutional mandate in accordance with the democratic principles of governance.

Uyi noted that Idris is tremendously ensuring speedy dispensation of justice and protection of rights and interest of all citizens. “More so, he is always mindful of ensuring that rule of law prevails,” Uyi said.

Uyi particularly gave kudos to the IGP in area of crime management and control, stressing that, “The Inspector-General of Police has declared total war against terrorism, kidnappings, armed robberies and other heinous crimes.

“We are very proud the IGP has not disappointed us since Global Peace Movement International gave him an Award of Expectation on July 1 2021 in his office in at the force headquarters in Abuja”.

“We assured Nigerians that if the IGP did not perform, we shall take back our Award if he fails in his duties. We can say with pride that the IGP has done we’ll and deserve the Touch of Unity Award which was first received by the Chairman of the Economic and Financial Crimes Commission(EFCC), Abdulrasheed Bawa and the Chief of Army Staff(COAS), Lt. Gen. Faruk Yahaya.

GPMI is called on Nigerians to support the vision of the IGP, even as he cautioned against politicising issues of policing especially now that the security forces working hard to address security chalbedevilingvilling the nation.