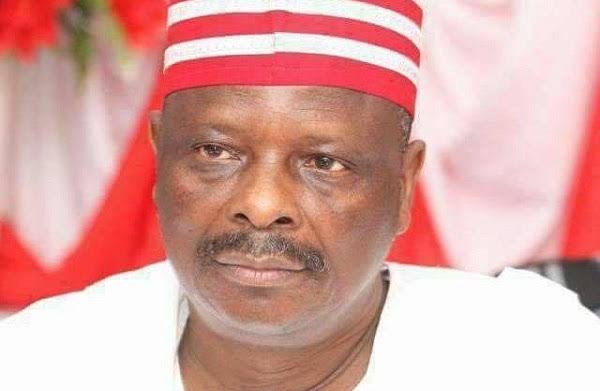 Presidential Candidate of New Nigeria Peoples Party, NNPP, Senator Rabiu Musa Kwakwanso, has denied a report credited to him on the chances of the Southeast geo-political zone in the 2023 general elections.

Kwakwanso, a former Kano State governor, was reported to have described Igbo nation as “politically immature to win the presidency.”

According to the report, Kwankwaso, in his calculation of the ongoing political permutations in the country, had declared that the highest Igbo can hope for is vice president.

He was reported to have made the statement in Gombe State where he went to inaugurate the NNPP state Secretariat on Bauchi road.

Fielding questions from newsmen, the former senator and minister reportedly rated Igbo as politically naive, struggling at the nation’s political ladder while advising the Igbo to learn the rope from Yoruba and the Hausa/Fulani.

“I like the Igbo people, they are good and enterprising, but in the game of politics, they’re at the bottom of the ladder and uncertain of their calculations.

“Look at it carefully, they had lost out with the PDP and APC completely. The only choice they have now is merger with NNPP, which I took to them.

“Believe me, this is an opportunity they have; it is going to be a disaster if they bungle it. Once that happens, they will, again, start to cry of marginalisation and shifting blames to the Yoruba and Hausa/Fulani.

“South East must learn how to play politics. Look at South West; it is very strategic. Imagine Bola Tinubu at over 80 years. He is strategic to have agreed to wait for Buhari to go first,” Kwakwanso reportedly said.

The statement has since generated reactions and backlashes from Ndigbos and other political commentators alike.

Denying the reported statement, Kwakwanso, in a rebuttal issued by NNPP National Chairman, Prof. Rufa’i Ahmed Alkali, claimed he was quoted out of context, adding that he “would not in any way malign any zone or any individual as we believe that NNPP we desire the votes of all the zones and all electorate to govern Nigeria.”

The statement reads in parts: “According to the report, Dr. Mohammed Rabiu Musa Kwankwaso, while inauguratjng the Party’s Gombe State Executive last week, was quoted to have said that the South East (Igbo People) are good in business but at the bottom of politics in Nigeria.

“The said attribution is said to have generated some ill feelings in some political circles in Nigeria, especially between the South East and the NNPP.

“However, as a party that is desirous to change the situation of the country, we believe that no Nigerian of any geopolitical zone, tribe, ethnic nationality, or religious persuasion is least on the rung of the ladder in the whole effort to bring the desired change in the country.

“The NNPP wishes to categorically state that the statement of its Presidential Candidate. Senator Kwankwaso at the occasion was situated out of contest, as the NNPP Presidential candidate has always emphasized that the Igbos were frontrunners in the fight for the nation’s struggle for independence, and had produced the first President of the country in the person of late Dr. Nnamdi Azikiwe, the first President of the Senate, Dr. Nwafor Orizu, former Vice President, late Dr. Alex Ekwueme, four former Presidents of the Senate from 1999 to date and other top political office holders.

“NNPP as a political party on the ballot in 2023 believes that it has what it takes like some other political parties to rejuvenate the present situation of the country and will not in any way disparage any zone or people of any political party.

“It is pertinent to state that the discussions with any political party or individual is an ongoing thing that would bring the desired change of a new Nigeria. However, the party or its Presidential candidate would not in any way malign any zone or any individual as we believe that NNPP we desire the votes of all the zones and all electorate to govern Nigeria

“We want to state that NNPP will canvass votes from all Geo-political zones to win the 2023 Presidential election and would not in any way consider any zone less as we have supporters and candidates all over the country.”