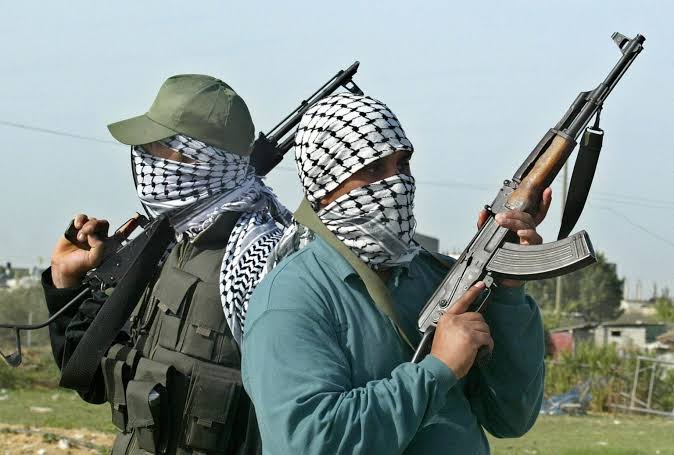 FOLLOWING the attack on presidential advance convoy of President Muhammadu Buhari Tuesday and subsequent killing of Dutsinma Police Area Commander, ACP Aminu Umar by terrorists in Katsina State, the Coalition of Civil Society Organizations (CSOs) in the State on Wednesday challenged the Federal Government to account for the money spent on security.

The CSOs made its position known while reacting to the terrorists attack on Tuesday that led to the death of the Dutsinma Area Commander, ACP Aminu Umar in a gun duel with terrorists.

Chairman of the Coalition, Abdulrahman Abdullahi whose message was contained in a statement lamented the death of the Police Area Commander, saying the incident spoke volume of inadequacies in Nigeria’s Security system.

According to the statement “it is disturbing that government’s inability to provide our security men with working tools and chase bandits to their enclaves is continually resulting in loss of gallantry Officers like ACP Aminu Umar and other innocent Nigerians.

“The bandits are gradually becoming stronger and bold by the day. Fight should be taken to their enclaves using land and air forces. But unfortunately, the airforce and army are not striking with the needed force. You will see fighter jet flying the sky but when you ask for casualties you can’t see any. Bandits are attacking innocent people few miles away from military bases but no intervention.

“Money is spent on daily basis for security but the situation is worsening everyday. It is high time the President and the National Assembly should begin to query why there is no commensurate results to security investment. This senseless killing must stop.”

Meanwhile, Katsina Police Commissioner, Idris Dauda on Wednesday led men and officers of the State Police command to the deceased hometown, Kurfi LGA for the burial of the Area Commander, ACP Aminu Umar that killed by terrorists in Safana Local Government Area of the state on Tuesday.

On Tuesday, 06,July ,2022 at about 11.30 a.m, a distress call was received that terrorists numbering over three hundred (300), on motorcycles, shooting sporadically with AK 47 rifles and General Purpose Machine Guns (GPMG), ambushed ACP Aminu Umar, Area Commander, Dutsinma and team, while on clearance operation of recalcitrant bandits/terrorists, in Zakka forest, Safana Local Government Area of Katsina State and one other gallantly lost their lives during a cross exchange of gun fire.

Also reacting, a cross sections of Katsina State residents in their separate reactions, preferred to speak under anonymity said the attack on President Muhammadu Buhari’s Advance Team by audacious bandits in Katsina State confirms the rotten security architecture and testifies that no one else is safe in the country saying “though the temerity of the attackers seems to be astonishing but we all saw it coming.

“The killing of Dutsinma Area Commander of the Nigerian Police Force who is an Assistant Commissioner of Police Aminu Umar through an ambush is another latest in a spate of terrorists attacks in Katsina State.”

They noted that Government has severally been reminded and warned by security analysts that if the current security challenges have not been given the required attention, it can consume not only the lives of the poor residing in rural areas but also the lives of wealthy and government officials living in urban centres.

According to them “those dreaded bandits succeed in crippling the dwindling economy of rural communities. Levies have to be paid before going to farms, and the bandits are very unreliable even if agreement is signed.

“After realizing that ransom can no longer be gotten from rural dwellers, bandits have now begun to shift their nefarious activities to urban centers where people got kidnapped silently without any gun shot.

“They have already unleashed untold terror on many cities across the Northern part of the country. At the moment, everyone has to be vigilant and security conscious.

The Katsina residents further stressed that as a matter of urgency, government should review the present security architecture with a view to containing the incessant terrorist attacks and killings of innocent Nigerians. “The trillions of naira government claims to have spent on security sector yields no positive results.

“I pray that Allah SWT will continue guide and provide courage to our gallant security agents as they strive to ensure the protection of lives and property of the citizenry” according to some residents.