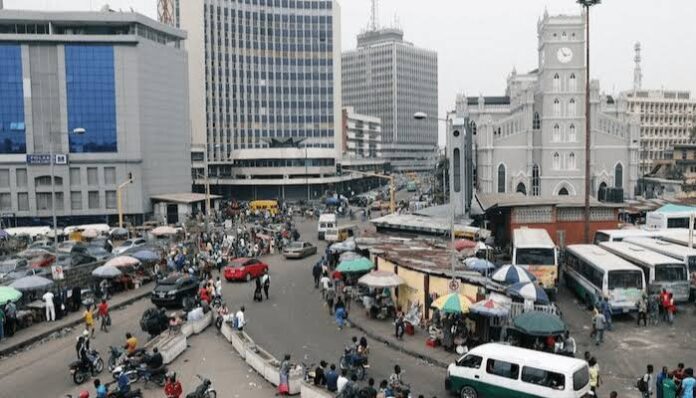 Director General, National Steel Raw Materials Exploration Agency, NSRMEA, Engr, Dr. Umar Albarka Hassan, has said that value addition in iron and steel production was not only for the purpose of revenue generation but will also spur industrialization and investment rates in the country.

Hassan during an interview session with journalist in Abuja on progress made in the steel and minerals sector noted that the country has established smelting companies that will produce in large sums steel metals that had exportable characteristics to the world and which investors have come to reckon with.

“For Ajaokuta, it has perculiar challenges and we are aware of the MOU the government has signed for the development of the steel company this is not only for the blast furnace functions. Our key plan is not only for Ajaokuta. We also have these hub that produces iron ore for most of the private owned steel companies in the country that produces steel through scrap metal, that hub will help to reduce the amount of money expended in materials required to produce steel products.

“Unfortunately the plant has still not come on steam. But the reason are pretty straight forward. Subsequent administrations simply failed to put in place some components required to make it functional. For instance logistics challenges. The blast furnace requires thousand tonnes of liquid steel for the first phase. Some of these materials like 1.3million tonnes of coking coal that needs to be imported annually for the 1.3million tonnes annual production of liquid steel require ships sailing to nearby ports.”

He disclosed that the agency has been able to establish the production of manganese which will definitely step up the importation of that resources for the production of steel in Nigeria emphasising that, “we don’t produce steel, we produce steel, we establish local sources to facilitate the local producers to boost their capacities to produce steel there by bridging those gaps.
So if we do that along with the processing of some local sources for our raw materials especially for iron ore, then we will improve the sector.”

Discussing the role of the Agency in exploration and sourcing for raw materials for economic development, he explained that, “as for my agency, our minerals resources are found and majored under iron and steel minerals. When you talk about steel production it is actually extracting iron ore and converting it into steel which is also value addition. And our mandate is to source for materials for iron and steel production and ofcourse adding value. When you talk about other minerals that are exploited example gold and other minerals we have established smelting companies to create value addition to such minerals.

He also revealed that some of our achievements of the agency in developing the nation’s economy includes “establishing the gap of characterising our minerals resources, we explore, establish deposits but are they really suitable for use to produce iron and steel so that agency ensures this using our improve and confirmed laboratories to facilitate characterisation on these raw materials that we established.

“And currently these laboratories are apt and in good working conditions. We have the Scintrex( Fluxgate) Magnetometer for magnetic surveys, SARIS Resistivity Meter for Earth Resistivity Measurements, drilling rigs and support equipment and mineral separation equipment that will enable us produce and sample products that we can test their suitability. Similarly for the physical survey activities we have acquired equipment that would empower that department to enable them to establish locations and facilitate determination of real targets to minimize searching for actual locations of these resources.”

He further stated that the role of the agency in sourcing for local sources of raw materials for example iron ore has fostered the development of the African Natural Resources Steel Plant in Kaduna State noting that, NSRMEA helped in the exploration of iron ore that was used to establish the company similarly for Ajaokuta Steel.

“Building upon the previous achievements of the agency, we have discovered and established iron ores in some areas where such had not been established, talking about the Raw Materials industry in Niger State, there is also the establishment of Bauxite in Ekiti State and similarly a very important local sources for Silica Sand resources that we established in five, 5, States of Katsina, batches found in Ogun, Ondo, Akwa Ibom. Also we have established Manganese resources located in Cross River and Kogi State we have also established and earmarked local sources deposits in Zamfara State,” he added.

Continuing on the achievements of the NSRMEA which has been in existence for the past 50 years since its establishment in 1971 with the discovery of iron ore deposits by the agency through the Nigerian Steel Development Authority, NSDA, which led to the creation of Ajaokuta Steel Company which is a major milestone, the Director General also said that the agency has discovered deposits of very necessary raw minerals resources that was required for the production of steel products in Nigeria adding that the essence of this local resources is to ensure that these raw materials were not imported.