Sallah: Muslims Groan over hike in prices of Ram in Kaduna 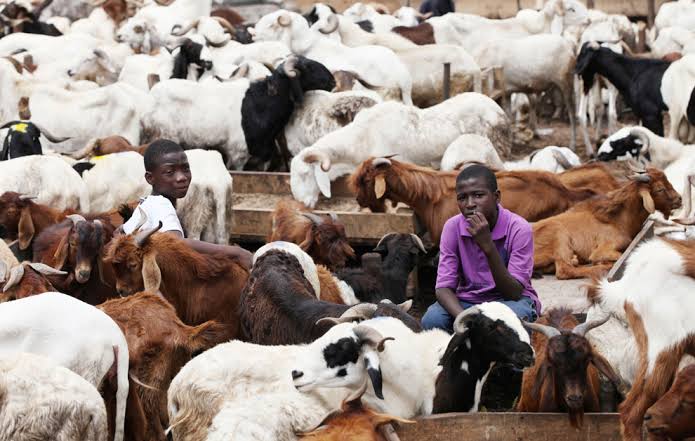 Muslim faithful in Kaduna State, have lamented over the hike in prices of ram ahead of the Saturday’s Eid-ul-Adha celebration.

The celebration of Eid-ul-Adha, is a greater Eid, which follows the completion of the annual Hajj pilgrimage at the time of sacrifice, to commemorate Prophet Ibrahim’s devotion to Allah SWT and his readiness to sacrifice his son, Ismail.

Meanwhile, the present mood seems not favourable to celebrants as prices of sacrificial animals have gone up in major markets.

One of the marketers identified as Abubukar, and Chairman of the market said “It is not favourable to the marketers because of low patronage. You can see it yourself. Only a few customers compared to last year. He said”

Asked what could be the possible reasons for the low turnout and hike in prices, Mallam Abubukar said “The Economy is not favourable to the country. There is poverty, insecurity and downsizing of workers. A lot of workers lost their job, while some marketers lost their businesses due to the demolition of markets by the State Government. Where do you expect them to get money? He asked.

Another marketer , Alhaji Auwalu Mai-ragwo Zango of Tudun-wada, said the cost of transporting the animals down to the country is very expensive due to the lingering fuel scarcity ravaging the country.

He said: “There is fuel scarcity in the country. The animals are expensive because of Transportation and their feeding. Most of these animals are brought in from neighbouring countries like Chad, Cameron, Niger, among others, because you cannot keep such a large stock and sleep. Even if you sleep, you either die or run and leave the animals.

“Keeping the animals in the town is very expensive because of the cost of feeding and medication, hence they are not in the village to graze freely.” He added.

In the same vein, one of the buyers, Imam, lamented over the hike of ram prices, said “We have been here for over two hours pleading for reduction but all to no avail.

“What we bought for N50,000 last year they are telling us N80,000. We are begging for N70,000 for the past two hours but they only reduced a thousand naira for us. We know it is not their fault because the cost of feeding is very expensive. He comforted himself.

Haruna, who also came to buy, expressed shock. He said “This is not what I planned for. The price is double compared to last year. Although it is not easy for them to risk their lives due to the insecurity in town. But I wish it was something lesser. ” He stressed.

They called on the Government to create an enabling environment that would be favourable to both sellers and their customers, during festive periods.