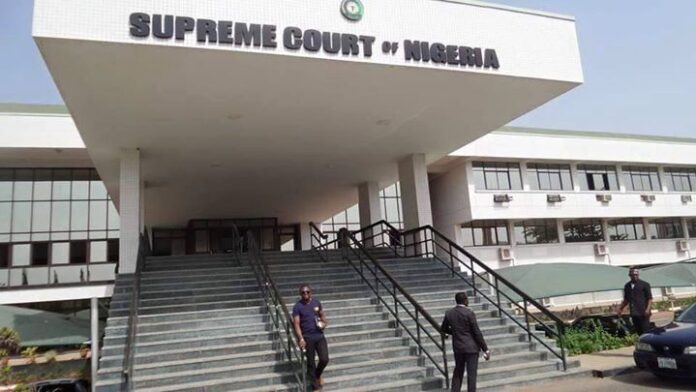 Social justice group, Centre for Democracy and Development, has said following happenings in recent times at the Supreme Court, all is not well at the apex court in the land.

The organisation recalled that two former Chief Justices of Nigeria have been enmeshed in allegations of corruption.

A statement by the Forum of Fellows of the Centre for Democracy and Development yesterday stated that although the immediate past CJN has not been found guilty, the speculations surrounding the resignation of Muhammad Tanko suggested that he did not resign of his own volition.

The statement signed by Professors Adele Jinadu, Jibrin Ibrahim, and Okey Ibeanu partly read, “There have been allegations, rumours and innuendos in connection with the former CJN, including rumours of bribery and undue interference of his family in the work of the Supreme Court. Although there is no evidence to back this, the speculations suggest that he did not resign of his own volition.

“We can surmise from these that all is not well with the Supreme Court. It would be recalled that CJN Tanko Muhammad’s predecessor, Chief Justice Walter Onnoghen, was suspended on January 25, 2019, following a questionable prosecution by the Code of Conduct Tribunal, at a time also when the residences of several judges, including Justices of the Supreme Court, were raided by security operatives. ”

They also accused the executive arm of government of meddling in the activities of the judiciary.

They called for the improvement of the conditions of service of judicial officers, especially Judges and Magistrates at all levels, adding that their tenures properly guaranteed to insulate them from political and societal pressures and corrupting influences.