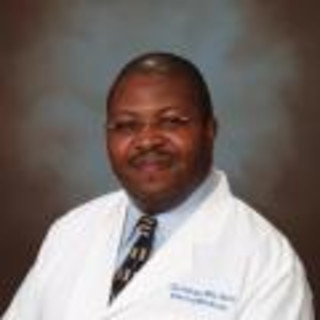 Checks revealed that a section of the media may have been unwittingly misled by doctored documents suggesting that Quantex Oil and Gas scammed Dr. Faleye.

According to court papers, Faleye had through his company Prime Realty offered to buy 10 percent of the shares of Quantex Oil and Gas Limited , for $750,000.

Prime Realty’s bid was for ten percent of the one million shares owned by Quantex Oil and Gas Limited.

After paying $250,000 as deposit, with an agreement to pay up $500,000 within the stipulated timeframe, the agreement documents further revealed, Faleye later asked for an extension of time, claiming that his stocks shares in several blue chip companies had crashed.

During the period, the Investor, who had reportedly vowed not to have anything to do with Nigeria, jetted into Lagos to visit Efe Ogbeni and seized the opportunity to move around several oil facilities. He boasted to friends in the US that the trip made him meet several big players in the oil and gas industry, and that he might not be needing Ogbeni any longer.

After the visit to Nigeria, the investor tried to convince Quantex shareholders to “accommodate” him in the Corporate Affairs Commission (CAC) registration documents of Quantex Oil and Gas “pending when he’ll be able to raise the $500,000.”

“Ogbeni and other shareholders objected to the novel proposal. This really infuriated Faleye to the point that he promised to ‘damage’ Quantex Oil and Ogbeni,” offered a player in the industry.

Close friends of the US-based doctor told Pointblanknews.com that after the Lagos visit, Faleye, who had yet to fully pay up for his 10 percent shares, travelled all over the US boasting that he had bought Quantex Oil and Gas Limited.

“Faleye has always been a loud-mouth, even from our medical school days. We knew he didn’t have the money to buy out an oil company that big, but had to wait for our only proof which is time. In no time, he began running from pillar to post to raise the balance. I bet this is where their problems began,” offered a former classmate.

“On the one hand, Faleye is now asking to take control of the 100,000 shares of Quantex without paying an additional dime- which I understand is in clear breach of the terms of the agreement I also gathered he personally drafted and signed.

“On the other, I also know that Quantex shareholders were willing to allow Falaye more time to pay up, but I doubt if that position stands, given the very frosty relationship between the parties. They’re already in court for what obviously is a breach of contract,” another added

Trouble reportedly began for Ogbeni, who is Quantex External affairs director, when Faleye, a graduate of the University of Ilorin medical school, approached him mid-2021 through close relatives with a proposal on how to possibly run one shut cafe, Cafe290, in Atlanta, Georgia, which had been shut down.

Apparently to show off how yummy his relationship with the music executive he had just met through friends had become, Faleye shared a WhatsApp message he sent Ogbeni just before their relationship blossomed.

I live in Memphis but also in Atlanta (40%) ultimately plan to base fully in Atlanta. You’re busy, so I wanted to give you a basic jist. One of my favorite spots in Atlanta, Cafe290 just closed and I really feel strongly that there may be an opportunity for the right Jazz-R&B lounge in Atlanta.

“I can’t think of anyone else to run this idea by. I’m currently a low end real estate investor in Atlanta, and my other angle is the commercial real estate investment. I have the funding worked out, but I would love to get your opinion,” he continued.

“My thoughts are something targeted to late 30s to 55 age group, featuring intimate Old school R&B artists , NeoSoul artists in a setting similar to City Winery added on top of a house band.

“Hopefully, a decent cocktail and wine selection with a possible wine shop
Try not to attract the night club crowd
As for food, simple fairly narrow menu, although I thought having a scenario where we invite visiting chefs and restaurant reviews may be fun,” Falaye opined, signing off thus, “ultimately, if it sounds like a terrible idea, I’m good.

Regards Broda. Dr. Gbenga Falaye.”
Quantex Oil & Gas Managing director, Mr. Usifo Eguabor and the firm’s Public Communications department refused to comment on the matter. However, a senior official of the oil firm volunteered that the Tennessee court had advised Faleye to pursue mediation with the music executive.

“I’m aware they are due in court on Thursday (today) to decide on the terms of the mediation. Quantex Oil and Gas is currently closing in on multiple million dollar partnership deals across the West African region, and so won’t want to be distracted by small issues.

“It is bad enough the breach of contract stalled some of our infrastructure and procurements needs, making us lose money tied to these projects, so I don’t think my boss (the MD) will be happy discussing a deal that made us lose so much money ” he declared.