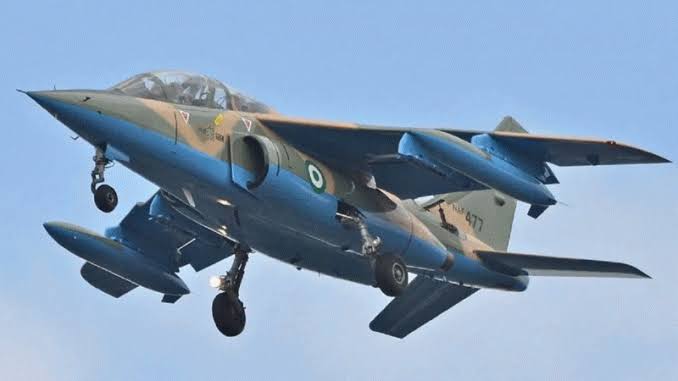 A fighter jet belonging to the Nigerian Air Force (NAF) was reportedly killed scores of terrorists in Kunkuna village, Safana Local Government Area of ​​Katsina State as many villagers injured.

According to intelligence report, Kunkuna village has been harbouring terrorists for a while hence the attack.

Though, there was not official statement as at the time of file in this report.

Recall, on Tuesday, terrorists numbering about 300 attacked an advance presidential convoy of President Muhammadu Buhari in Dutsinma, Katsina few kilometres away from Safana and again killed ACP Aminu Umar and one other officer in the same axis.