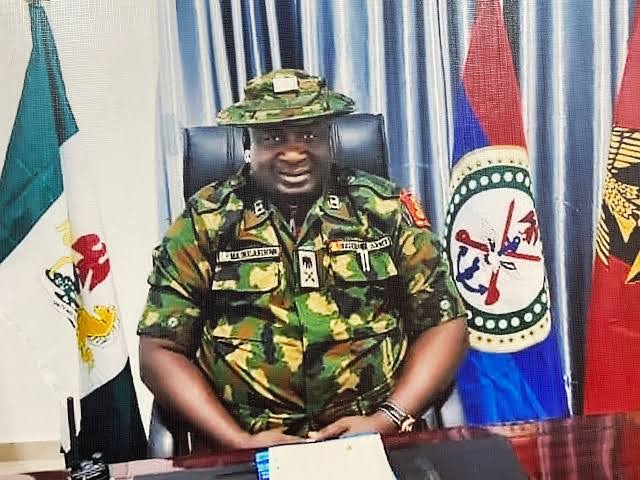 Justice Oluwatoyin Taiwo of the Special Offences Court sitting in Ikeja, yesterday, convicted and sentenced one Bolarinwa Abiodun, a fake Army General to seven years in prison on a 13-count charge bordering on obtaining money by false pretence, forgery of documents and possession of documents containing false pretence to the tune of N266,500,000.

The defendant, who was prosecuted by the Lagos Zonal Command of the Economic and Financial Crimes Commission EFCC, posed as a General in the Nigerian Army was accused of making false representations to the complainant, Kodef Clearing Resources, that the President, Muhammadu Buhari, had short-listed him and one other to be appointed as the Chief of Army Staff, COAS, and that he needed a short grant to “press and process the appointment.”

Abiodun, who was arrested at his house in the Alagbado area of Lagos State on Wednesday, January 12, 2022, was also accused of forging a letter of appointment as COAS purportedly signed by the President and showed the same to the victim to further prove his claim.

In the said letter, he claimed that he needed to pay a certain amount of money into the coffers of the Federal Government of Nigeria, as part of the requirements for the appointment as COAS.

Abiodun was also accused of forging a Nigeria Army Identity Card with serial number 387140, claiming the same to have been issued to him from the Nigerian Army, and another forged Letter of Recommendation purportedly signed by Chief Olusegun Obasanjo recommending one Adebayo Rasaq Adebola, with recruitment No 77RRI/OG/556/0032555 and Adeogun Emmanuel Adesola with recruitment No 77RRI/OG/352/0123751 for employment into the Nigeria Army.