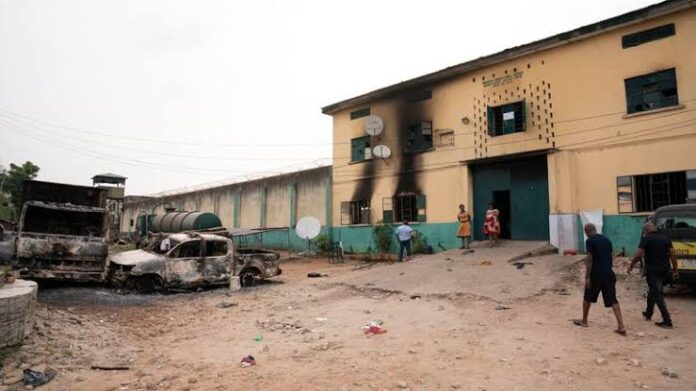 Movement for the Survival of the Ogoni People (MOSOP) says attacks on Kuje prison, Abuja and a presidential convoy in Katsina, reflect a leadership failure on the part of the political class and not the inability of the military to defend the nation.

He said the political class has converted the Nigeria Police into a private security apparatus with some 50 police officers attached to political office holders in some cases while Nigerians are left vulnerable at the mercy of bandits. He blamed the collapse of Nigeria’s internal security on the privatization of the Nigeria police whose primary responsibility is to provide internal security and protect citizens within the country.

“The security situation in Nigeria began to collapse with the privatisation of the Nigerian Police when one politician will have 50 police officers attached to him or her while Nigerians are left vulnerable. Today, the situation is worse and we are seeing the implications.” he said.

The MOSOP President called on concerned authorities in Nigeria to take strong actions against bandits noting that the lessons from the Kuje prison attack and that on the president’s team in Katsina is that nowhere and no one is safe in Nigeria today.

“The advice I can give is that there should be a strong action against terrorism now which should begin with boosting the morale and capacity of the police. This is important before bandits chase us all out of this country because we are actually heading in that direction” Nsuke further said.